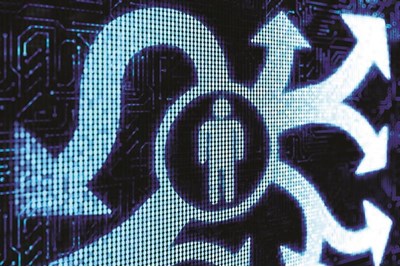 The fact that the UK is facing a productivity puzzle is no secret – but could at least part of the answer lie in how we measure productivity?

An increasing body of research suggests we might be getting it wrong, and that the way we think about and measure productivity relates to an older economy, rather than our new, far more knowledge-based one. Perhaps we need more nuanced measures of productivity than number of hours worked or total employees in relation to GDP.

As Duncan Brown, economist and policy researcher at UKCES, points out: “A lot of our stats spring from an industrial age.”

Imperial College Business School professor of economics Jonathan Haskel has done extensive research into intangible assets. He believes that although the UK is “broadly” doing the right things around measuring productivity, the “value-added” piece may be missing, meaning productivity can appear artificially low.

He uses the example of a car company holding onto people despite low sales. The “output of ideas” remains high, even if sales don’t. That firm may have reduced production but maintained investment in its intangibles, meaning skills levels rise, which can only be positive for a knowledge-based economy.

“It is very difficult to measure intangible assets,” he says. “We can measure products, computers and so on. It’s harder to talk about R&D and business processes.”

It’s also difficult to borrow against such investments, or the skills of your people, meaning organisations are “too averse to capitalise on [these]”.

Haskel believes things will change “as the world becomes more intangible”. “When Uber asks to borrow money, it doesn’t have the taxis as an asset,” he says. “It’s useless as far as the tangible thing goes.”

Paul Kearns, chair of The Maturity Institute, believes the current debate on productivity is “incomplete and immature”. “It has so far excluded any measure of the value of human capital,” he says. “And management has failed to account for the value of people in the productivity equation. We need to resolve these issues if we are to get closer to solving the puzzle.”

He adds: “Unless [we all] work to agreed definitions and start asking difficult, mature questions about human capital and human productivity then the current debate on productivity is unlikely to be resolved to everybody’s benefit.”