The Steve Jobs of banking? Is Bob Diamond replaceable at Barclays? 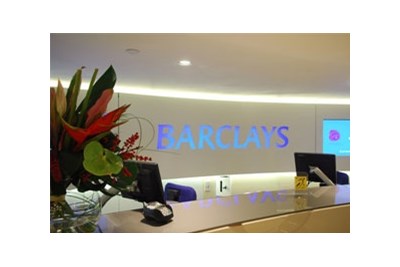 Just hours after Bob Diamond’s resignation as Chief Executive of Barclays Bank, The Times reported Barclays employees as saying, “Who is going to do Bob Diamond’s job now?” “Where are we going to get our energy and vision from?” Such was Diamond’s well deserved reputation for buccaneering that many still think of him as irreplaceable – the Steve Jobs of banking.

However, this is a good moment to reflect on the effects of charismatic leadership and the liabilities of a strong personality at the top of an organisation. In Good to Great, Jim Collins, the widely respected expert on effective organisations suggests that charismatic leaders often become the primary reality in an organisation and more than reality itself. Employees deflect, deny, and distort bad news in an atmosphere where fantasy starts to prevail and feelings of loyalty to the leader become the strongest motivator. As the Barclays experience has shown, when this happens, you have a recipe for mediocrity or worse.

There certainly was a lot of mediocrity for Barclay's investors over the period when Diamond was in charge. One pound invested in Barclays at the end of 2005 is now worth 29p. The same pound invested in HSBC is worth 78p and if it had been invested in all companies in the FTSE 100, it would be worth £1.08 over the same period.

It is very difficult to get people to accept that the notion of a leader in a large organisation is a century's old PR phenomenon exploiting a widespread psychological need to simplify - to find a single person to praise or blame. "Credit the leader" or "blame the leader" is endemic even in modern leadership and management education, in politics and in the press. As a concept, "leader" is no longer useful or relevant. Few of those regularly identified as leaders (Prime Ministers, Presidents, Premiership football team managers, Captains of industry) have any significant position power; they like us to think they have and we like to believe it. As long as we cling to the escapist fantasy that there is a "leader" and that charismatic leadership brings drive and energy and vision to an organisation, we will fail to address the issues raised by the Barclays Bank fiasco.

If you examine the hundreds of companies in the UK or USA that consistently make huge profits and good returns for their shareholders, you will find that most of their CEOs are people you have never heard of - and those people would prefer it remains that way. Usually, individuals with bags of ambition and a salesman's patter can only penetrate a certain kind of organisation at a certain time in its development - and then only briefly. The new look banking industry of the noughties, companies that have begun to fail and organisations that seek a radical change are all suckers for drafting in the mover and shaker. Soon they find that their charismatic leader possesses an unsettling certainty about what should be done, prefers to talk rather than to listen or is long on style and short on substance.

If they are to survive and thrive over a long period, organisations do not require a leader in the popular sense. They need leadership. In the frustratingly vague academic vocabulary that characterises the field of leadership, these two terms get confounded or used interchangeably - just are they are in everyday usage. Leadership describes the actions needed to organise and direct people, to set a process in motion and to explain and motivate. It can be achieved by a single person but it is much better for the sustainability of the organisation if it is a widely delegated responsibility. It is difficult to avoid hierarchical language but the responsibilities of leadership should lie as much with what are currently called middle and upper managers (or the "followers") as the with the CEO. In fact, it is the fusion at the leadership level of all roles that works best creating a process that might be called distributed leadership.

Distributed leadership would be challenging to set up in a lot of current organisations because doing so involves bruising some egos and changing systems of reward (job titles, salary calculations, and bonuses) and creating transparency to a degree that would be unacceptable to many - not just to bankers. This may be over-pessimistic. Shareholders and Boards are beginning to call the bluff of the big hitters and realise that they are usually not worth the money. If leadership could be better distributed among a collective, individuals would matter less and could command less money and fewer perks. There would be no more overpayment for promises followed by failure.

In a way, a process resembling distributed leadership did exist in Barclays but it was known as "organisational culture". We now know that culture was far too influenced by the wish to maintain the fantasy that the organisation was led by someone who possessed the qualities of a deity. Let's hope that we can learn from this and bring the Dark Ages in the evolution of organisational theory to an end. The god-like leader does not exist and even if he or she did, they would not be the answer to running a successful and sustainable organisation.