Exploring the right to be accompanied in disciplinary or grievance hearings 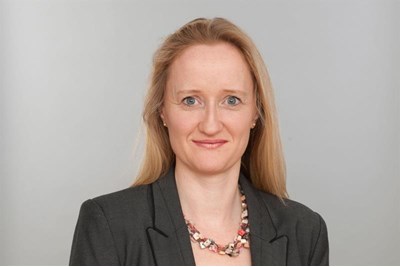 While Acas guidance sets out the rules, there are some aspects where a more relaxed approach is best practice

In September 2019 an employee in New Zealand was accompanied to a redundancy meeting by a clown who made balloon animals. New Zealand law allows employees to take a friend or family member to such meetings.

In the UK the right to be accompanied has been in force for 20 years, but there is still confusion over the legal right versus best practice – who the companion may be, what happens if they can't attend a meeting, what they can do, and when employers should relax the rules.

When does the right apply?

Workers and employees have the statutory right and are protected from detriment or dismissal in exercising/seeking to exercise it. However, It only extends to disciplinary or grievance hearings. Companions must be either:

The trade union does not have to be 'recognised' nor the worker a union member.

Disciplinary hearings are those that could result in:

This applies to capability hearings for performance as well as misconduct. Strictly speaking, the Acas Code of Practice on Disciplinary and Grievance Procedures and the statutory right do not apply to redundancy dismissals (confirmed by case law) or capability ill-health dismissals.

However, complying with the right does not necessarily mean the dismissal will be fair. Therefore, it is good practice to allow companions at redundancy or ill-health meetings. There is no statutory right to be accompanied at investigatory meetings.

The worker has to 'reasonably' request to be accompanied. Provided the companion is from one of the categories above, the employer cannot restrict choice or deem a chosen companion not reasonable.

'Reasonably' refers to the manner of the request (e.g. a very late request) rather than the choice of companion.

However, the Acas Code states that the worker should "bear in mind the practicalities of the arrangements" and suggests choosing a companion who is suitable, willing and available on site rather than someone geographically remote.

Role of the companion

A worker may postpone a meeting to a reasonable alternative time within five working days of the original hearing if the companion is unavailable, and a refusal could result in compensation.

However, simply following the rules could still render a dismissal unfair. In Talon Engineering v Smith (2017) the claimant's disciplinary hearing was postponed because of illness and holiday.

An employment appeal tribunal agreed with the claimant that the decision to dismiss was unfair procedurally, and "fatally" flawed by the employer's refusal to postpone an already postponed disciplinary hearing to allow the union official to attend.

No reasonable employer would have refused a further short postponement. Leaving aside the statutory rules, employers will be judged on the overall impact on procedural fairness if they go ahead with a hearing without good reason.

When can/should employers relax the rules?

As well as it being wise to allow a companion at redundancy or ill-health meetings, increasingly employers are permitting companions to attend investigatory meetings. This is down to the individual employer.

In some circumstances an appropriate companion may be someone outside the above categories, e.g. a family member. Employees may request a legal companion, although this is not recommended unless it is a contractual right or would potentially end their ability to practice in their chosen profession.

Finally, allowances should be made if the employee's first language isn’t English, or they have a disability, when reasonable adjustments may include allowing a companion to attend the investigatory meeting or allowing a different type of companion.

Ruth Christy is an associate at Blake Morgan