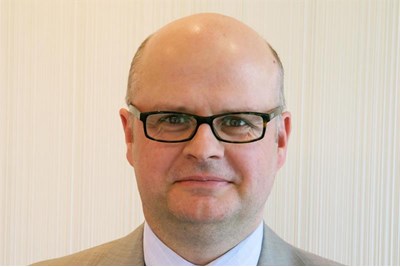 The government’s recent announcement of significant pay rises for the public sector (ranging between 2% and 2.9%) will be welcomed by many public servants. However, employees and employers need to realise that the pay rise could have some negative implications, in particular for more senior public sector employees.

For example, the majority of public sector employees benefit from defined benefit (final salary) pension arrangements and, in many cases, annual service increments to their salaries on top of their annual pay rises. As such, higher earners could find that they face an additional tax charge on the contributions that they and their employer make into the pension scheme each year. This is because the maximum (tax-efficient) pension contributions in a tax year are restricted to £40,000.

For the highest earners (which would include senior civil servants and NHS consultants, for example), with incomes of more than £150,000 (which can include employer pension contributions), this tax-efficient pension limit is reduced on a straight-line basis to a value of only £10,000 per annum for people with an income of £210,000 or more per annum. Excess contributions become a taxable benefit (e.g. when the individual prepares their annual tax return), though some individuals may be able to 'carry forward' unused pension contributions from earlier tax years.

The calculations of whether someone with a defined benefit pension scheme has exceeded the relevant pension contributions threshold can be quite complex and depend, for example, on both the annual rate at which the pension accrues (e.g. 1/80th or 1/60th of salary per year of service), whether the individual is entitled to a lump-sum payment on retirement in addition to the core annuity, and the relevant inflation rate (based on the Consumer Prices Index). A simple example is given below:

As the tax-efficient pension contributions limit for someone with an assessed income of £190,000 is £25,000, the excess (subject to any carry forward provisions) is in effect taxable.

Moreover, individuals with a lifetime pension allowance in excess of £1,055,000 for the 2019/20 tax year could face a tax liability on their excess pension savings (i.e. the amount in excess of £1,055,000) of 55%. This is in contrast to the 20% or 40% that a pensioner would typically face on their 'normal pension' income – e.g. the regular annuity that they would receive each year.

The lifetime pension allowance has already been blamed for encouraging many consultants and GPs to retire 'prematurely', in order to avoid the relatively punitive taxes that they would otherwise face on their marginal pensions. One unintended consequence of the pay rise might therefore be that more senior public sector employees also look to retire prematurely in the coming months, which could mean an exodus of talent from organisations.

While the issues of excess pension contributions are not unique to the public sector, the frequency of (relatively generous) defined benefit schemes in this sector, combined with the proposed pay rises, could cause public sector employers more problems in this regard than their private sector counterparts. This challenge is compounded by the fact that many public sector employers may not have the flexibility of their private sector counterparts to consider alternative options for rewarding employees, including contributions into ISAs or direct/additional cash payments in lieu of pension contributions.