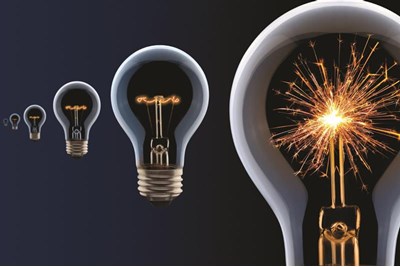 Often that is because of the insecurity of the owners or managers who somehow think that only they should have ideas and staff should just do as they are told; often there is great envy and jealousy ...

Businesses in the UK are missing out on an average of 18,000 opportunities a year because they aren't listening to their workers’ ideas, according to research by collaborative idea management software company Wazoku.

The EveryDay Innovation Report found the average employee suggests six ideas per year to their employer, but less than half of the suggestions (43%) are acknowledged. This is despite the fact that 91% of senior and middle managers, 91% of managers and 87% of non-managers agree that small ideas can make a big difference to a business.

Of the ideas that are acknowledged by employers, more than one in three (39%) are implemented and go on to positively impact the way the organisation works.

A lack of suitable innovation channels appears to be detrimental to ideas in the workplace. More than half (52%) of employees claimed that although their organisation is full of people with great ideas there is no established process for those ideas to be shared and filtered. More than a third (37%) of respondents said that shared ideas are lost or unacknowledged in their organisation; 27% said there is a lack of interest in employee ideas; and 27% said there is a lack of incentives to share ideas in the first place.

Simon Hill, CEO of Wazoku, said the report is a “war cry for organisations who understand that they need to innovate but despite their best efforts are still struggling to turn their aspirations into action”.

He added: “The innovation conversation for organisations has changed and businesses are being forced to look at building and reinforcing a culture of innovation, with a focus on how to enable on-the-job innovation across roles and teams.

“This is driven by a number of critical business forces, not least a need to innovate better, faster and smarter across all elements of modern operations as new, more agile disruptive challengers emerge.”

Waitrose operational improvement manager Stuart Eames said: “I urge all businesses to take innovation into the centre of everything they do – so it’s accessible for all – in order to capitalise on the wealth of ideas at their fingertips.”

Often that is because of the insecurity of the owners or managers who somehow think that only they should have ideas and staff should just do as they are told; often there is great envy and jealousy that prevents an employee's idea being used. Often it is ignored and then some months later 'appears' as an "I've just had a great someone else's idea".

There are quite a few solutions which can save any organization that "trouble" - simply implement somekind of an online suggestion tool (for example: http://bit.ly/1JES1RN). Studies show 4 time more employee engagement when such a tool is up and about.