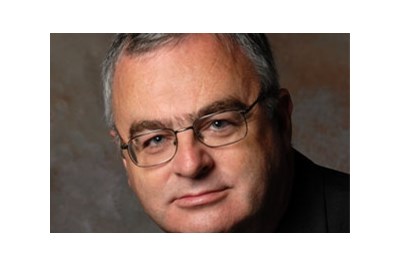 The recent - apparently true - news story of a dead fox, in a closed hen house, being guarded by several smug chickens is...well, as rare as hen's teeth. Usually, no matter how many precautions are in place, the fox manages to grab a free supper.

Recruiting staff is similar. The recruitment process is designed to keep out people who can't do the job or who are likely to steal from the organisation. Yet too many employers find out too late that they have given the fox a gold-edged invitation and that the chickens have come home to roost.

In today's economic climate, with more people having to fight for every job, the risks of a bad hire are greater than ever;  and too few organisations realise there are steps they can take to improve their chances of recruiting reliable, honest employees.

In his Fraud Watch Guide for Business, David Davies defines fraud as: "All those activities, involving dishonesty and deception, that can drain value from a business, directly or indirectly, whether or not there is a personal gain."

KPMG's recent Fraud Barometer showed a dramatic increase in workplace fraud, recording 123 cases of serious fraud by employees and managers in 2009 - a record high in the barometer's 22-year history which cost UK plc approximately £567 million.  Yet while the methodology is first-rate, even KPMG admits this is ‘the tip of the iceberg'.

The true cost of fraud and theft is frighteningly huge - and no business, whatever its size, is immune.  This rapidly-growing need to establish ways of tackling fraud is the reason Profiles International has launched a new employee assessment, the Step One Survey II, which identifies candidates whose dishonest or unreliable behaviour could threaten profitability and reputation.

It is just one way that companies can protect themselves against a growing list of risks, including:

Often considered  ‘victimless' - and yet Nick Leeson, the infamous rogue trader who caused the collapse of Barings Bank in 1995 by losing £827 million, omitted county court judgments from his application to the company. The £827 million question is ‘Would Barings have employed him if they'd known?'

In 2008, research by GlobalExpense found 20% of staff admit to exaggerating expense claims - and we're not necessarily talking chicken feed.  In September 2009, a KPMG director was jailed for stealing £500,000 over five years.

Retail ‘shrinkage', the theft of stock by shop-workers, cost almost £1.5 billion in 2009, according to the Centre for Retail Research.

Theft of Customer information - selling on personal details, taking information to the next company/job

These seem inconsequential...but if you have 50 employees, each costing as little as £12,000 per year and each of them:

-    Has a daily half-hour of non-productive ‘theft' time.

How to minimise risk

It's crucially important to undertake a risk analysis of every role.  Before Enron and Madoff, many organisations assumed - to their detriment - that senior roles are less likely to be a problem.  And many more businesses have suffered by assuming that junior roles can't cause much damage.

The increasing use of technology has given people, at all levels in organisations, access to information that in the wrong hands can be hugely detrimental. Examples of call centre workers, who have diverted money or sold confidential information, are typical of the risk that hitherto ‘harmless' employees now pose.

To gain a better perspective on what people might do in the future, you need to use appropriate employee assessments to identify candidates that may have a tendency towards dishonesty.

Finally, take up all references provided by a candidate and check the employers and academic records not given as references. If the most recent employers have not been given, there may be a reason.