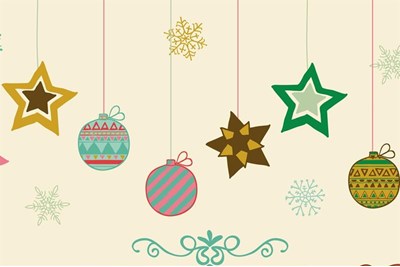 You're making a list, checking it twice. Just in case you missed something here's everything you need to consider

There’s plenty on an HR director’s plate this time of year other than turkey and cranberry sauce. From Christmas parties and extended holiday periods, to gifts and bonuses, it’s a time of year that needs careful planning to avoid a January hangover. We give the low-down on how to do just this.

A Christmas party can be a good way to thank employees for their hard work throughout the year and is tax efficient to boot, with a £150 tax allowance per head and no National Insurance (NI) contributions. However, sometimes bringing lots of people together with potentially large amounts of alcohol can be a combustible combination.

Keely Rushmore, an employment lawyer at SA Law, is no stranger to dealing with such alcohol-fuelled occurrences. “We will always have one pretty serious enquiry from an HR manager after Christmas and that’ll usually be a fight or an incident at the Christmas party,” she says.

There can be confusion as to where liability lies. But Rushmore says the law is quite clear. “If you have an office party that everybody’s been invited to it is considered to be part of the working relationship. So if somebody gets hurt the employer can be responsible for the injury that person suffers,” she explains.

The same is often true in cases of sexual harassment, unless employers can prove they have policies to try to prevent such incidents. Rushmore recommends ensuring wider workplace policies are thorough – equal opportunities, anti-bullying, anti-harassment – and including a point specifically relating to work functions.

Danny Harmer, chief people officer at Metro Bank, says the golden rule is to make sure people aren’t drinking on an empty stomach. “Make sure there’s food. And have some activity planned – this gives people the least possible opportunity for their judgment to get off track.” There are other social events at Metro Bank throughout the year, she adds. This, combined with a culture of fun and collaboration, means people are less likely to combust at the Christmas party, she says. “There are some organisations where people are wound so tightly that you put them outside of work with a glass of wine and they pop.”

Offering staff the opportunity to take time off and recharge while ensuring business operations are not adversely affected is another juggling act. This is particularly true in the hospitality industry where Christmas is the busiest time and requires teams to be firing on all cylinders. Steve Rockey, people director at The Pig Hotels minigroup, says that individual teams at each hotel sort out their own shift patterns. This is then signed off by the hotel directors so they know they’ve got enough workers for the number of bookings.

“People come into this game understanding what they’re getting themselves into and so to work over the Christmas period isn’t ever a shock. It’s just one of those things in hospitality and in hotels in particular because they don’t shut,” says Rockey. “In terms of managing the rota it’s usually on a first-come-first-served basis and we look at who had what last year and people might be able to swap around if they haven’t got exactly what they want.”

Angela O’Connor, chief executive of The HR Lounge and former chief people officer of the National Policing Improvement Agency, recommends encouraging employees to take a collaborative approach. “I tend to work on the basis of letting people volunteer first because there are people who actually like working at Christmas. Say to staff: ‘We want to cover this period with X number of staff, here are the shifts we’re working. Sort it out among yourselves and come back to me if there’s a problem.’ They nearly always sort it out themselves.”

While the ability to take time out at Christmas is highly appreciated, some employers do still offer presents or bonuses. But this is on the wane, says Rushmore. “It’s definitely to a reduced extent than it used to be. We get vouchers at Christmas and we can choose every year what retailer they’re for.”

Most bonuses are now calculated after the end of the financial year in April so firms are more likely to distribute bonuses in the summer months. “Companies have become a lot more commercial, so bonuses tend to be tailored to an employee’s performance and that isn’t necessarily going to coincide with Christmas,” says Rushmore.

O’Connor says that Christmas gifts are no longer expected, nor are they necessary. “The only time I really see gifts now is when people do a secret Santa and that can be quite good fun,” she says.

But Guy Pink, former executive director of HR at rehabilitation charity Addaction, says that even this has the potential to rub people the wrong way. “I have heard of situations where a sex toy has been bought, which is just wholly inappropriate. Something like that can completely ruin the sense of occasion for everybody else,” he warns. “Ninety-nine times out of 100 people’s gifts will be fine but that one in 100 where they take absolute offence to a gift can cause such ramifications that the relationship between two individuals can irretrievably break down from that point onwards.”

Gifting at Christmas is a potential minefield. Not only do individuals’ preferences, intolerances and philosophical beliefs need to be taken into account, but so too do religious beliefs and cultural backgrounds. A gift of alcohol could misfire if given to individuals of Islamic faith or other non-drinkers. Rushmore suggests vouchers are a sure-fire way of not causing offence to any group. “They are a nice idea because then you’re not making assumptions about anybody in terms of religion or sexual stereotypes. They can make their own choice but it is still a token of appreciation at a time of year when things like that are very welcome,” she says.

How far should self-awareness in the Christmas season stretch? Should organisations tone down the festivities out of respect for other religious groups? Metro Bank’s Harmer says not.

“Let’s not get too hung up on political correctness. For some Christmas is just a bank holiday and for some it’s a festival of huge religious significance. Let people decide where they sit on the continuum and don’t worry about it too much,” she advises.

A diverse, self-aware company might also wish to highlight other religious festivals throughout the year. If an organisation employs a large number of Muslims, for example, it might be appropriate to celebrate Eid al-Fitr at work, or to demonstrate sensitivity by not organising team lunches during periods of fasting.

Similarly, not holding work functions on a Friday evening if an organisation employs observant Jewish workers is a way a company can demonstrate its inclusivity.

But it’s about tailoring it to each company, says Harmer. “You have to be prepared to listen to the teams in the organisation, be sensitive, and then collaborate with them in a supportive way to find things that work. To do nothing for Eid and to ignore any requests would be hugely insensitive. But to ram it down people’s throats and insist on it without understanding the particular nuances of that faith is equally insensitive,” she argues.

“People will tell you what they need in terms of support if you make sure that you’ve got a culture that enables them to do that.”