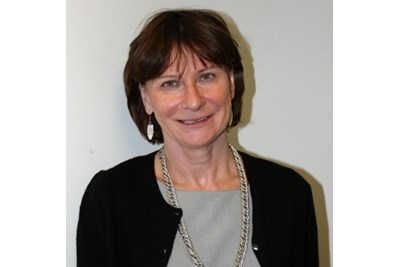 Human Resources is as good as the people running it.

Louisa Peacock of The Daily Telegraph certainly put the cat among the pigeons when she slated the HR profession in print recently.

She said that Lucy Adams of the BBC had managed to kill off the HR profession once and for all, and that it deserves to die since for years now it has been navel-gazing about its own status.

She added that HR "is a pointless department that does little for the bottom line of a business".

To cut Louisa a bit of slack here, she did work on Personnel Today for a few years and had to interview a lot of HR directors during her time there, including me. So she did have quite a lot of opportunity to get the length of our legs. Journalists are in a unique position in having to get to the bottom of disciplines in which they have no personal, or indeed practical, background. And part of their job is on occasion to try and make sense out of nonsense.

I once spoke to a freelance journalist on something or another he was writing on an HR topic and he said our conversation had been illuminating since he could very seldom work out what the devil HR people were on about as they speak a lot of indecipherable HR-babble.

I'm sure Louisa herself in her HR reporting days must have got heartily sick of the endless self-referential debates within the profession on whether or not HR is strategic and should have a place at the top table. It has to be admitted that when the same debate goes on not only year after year, but decade after decade, we are not exactly doing ourselves any favours in the image stakes.

A few years ago I was invited to pitch an idea to a publisher of HR books. My idea, for which I submitted a synopsis and chapter headings, was for something to be entitled The Little Book of HR Nonsense. When I mentioned this to a fellow HR director, as quick as a flash she said: "That's likely to turn out to be a very big book though, isn't it?" I found it difficult to deny this observation. In the event, the publisher didn't like my idea and invited me to write something on change management instead, which I declined since that's a topic that lends itself to more abstractions than most if you try and spin it out to book length.

I personally believe that when HR is practised well within an organisation – because the practitioners have been credible and influential enough to get the top team behind what needs to be done – then it is the single most vital contributor to sustainable high performance. Louisa Peacock would probably laugh in my face at this assertion. But in their 10-year longitudinal study of organisations, Beyond Performance, Scott Keller and Colin Price found that of the 37 practices or behaviours that distinguished the sustainably excellent companies, well over half of these fell within the remit of HR and organisational development.

The problem is that very often HR is not practised well. Too many HR people have had their heads befuddled with the over-conceptualised twaddle that appears in HR books and magazines. They buy into initiatives for the sake of initiatives and do not practice evidence-based HR. And if that sounds like I'm slipping into fluffy HR-isms, what I mean is I recommend using your common sense and problem-solving skills, making a sound and simple business case with anticipated bottom-line measurements in advance of embarking on new approaches.

Working in partnership with line and senior managers instead of in opposition to them is also incredibly important. If I had a pound for every time I've heard an operational manager say that members of their HR department are blockers rather than enablers I'd be quite a wealthy woman.

There are some great HR thinkers out there, whose work is highly empirical; many captured in HR magazine's Most Influential list. But there are also too many that don't have a grasp of the real world outside of the halls of academe. When I did my CIPD at a university, the HR faculty leader began our induction module by announcing that he had gone into further education because he had found organisational life as an HR practitioner too tough. I suspect he may not be the only one.

On the occasions that I've been invited to round table discussions in my capacity as a practitioner, I've been at once amused and irritated at the way in which academics and consultants have learned the art of dominating the conversation, clearly regarding the practitioners as second rate contributors with nothing of value to add to whatever is under discussion.

HR will finally start to be taken seriously as a profession when its practitioners start reading, thinking and practising the "how to do" and "what's the evidence that this approach is likely to further my organisation's business needs?" Instead, we are currently our own worst enemies asking questions such as the more aspirational "what does strategic HR really mean?" and "how do we get people to see how important we all are?"

Human Resources is as good as the people running it.