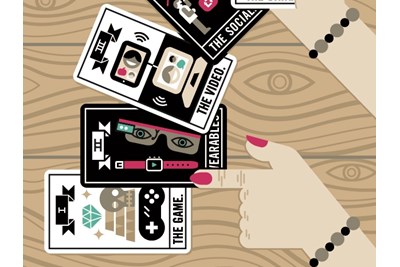 Technology is constantly changing, so how can HRDs stay ahead of the curve? Find out how to future-proof your technology strategy.

Last year, Heineken didn’t so much throw away the recruitment rule book, as tear it into a thousand pieces, set it on fire and throw it off a tall building. To choose an intern for a coveted place in its events and sponsorship team, the company decided to put applicants through a series of unexpected situations – from helping the boss as he ‘faints’ during the interview, to assisting fire fighters during a ‘fire drill’.

What made the process even more unusual was that the interviews were filmed and employees could vote for their favourite interviewee. Unsurprisingly, the video caused quite a stir, receiving over 5.5 million views on YouTube and a huge volume of positive press.

And Heineken isn’t the only company harnessing the opportunities afforded by video. Organisations are using it at all stages of the employee life cycle – from talent attraction and interview, to training and development. Before it suddenly went into administration (after EE became the final network not to renew its contract), high street retailer Phones 4u was using video-sharing platform Fuse to share internal processes and knowledge.

A video of chief executive David Kassler cooking spaghetti bolognese received a huge number of likes, not because of the recipe, but because employees “were just dying to see his kitchen”, says Alex Faulkner, then associate HR director, speaking to HR magazine while the business was still trading.

We are likely to see more HR departments partnering with marketing to take advantage of video capabilities, predicts Bruce Jennings, a partner in Deloitte’s human capital practice. “People are seeing what’s possible with technology and coming up with really clever ideas around it,” he says.

One of the most obvious places for video technology to disrupt the status quo is in training and development. Byron Burger, which has 45 outlets in the UK, is currently testing iPads in its restaurants for this purpose. “The idea is that if a chef wants to know how to make guacamole, they touch a couple of buttons and sitting on our YouTube site are all of the how-to videos. He’s able to watch guacamole being made there and then,” explains head of people Steve Rockey.

Video is just one of myriad new technologies making waves in HR. But with the market flooded with nifty tools and applications, it’s all too easy for an HR director to feel overwhelmed. When a new tool seems to appear almost every week, how can HRDs stay ahead of the curve and make sure they don’t accidentally buy technology that becomes obsolete within a year?

When it comes to investment decisions, Jennings recommends careful consideration of the intended audience. “When talking about future-proofing technology, you need to understand who you’re buying it for. You’re buying it for generation Y, who will very shortly become the frontline people managers and be the ones touching the system,” he says.

Faulkner says savvy investment decisions are based on a combination of gut-feel and an understanding of the workforce’s needs. “As HR practitioners you go to various seminars and you understand what technology is out there, but really it’s when you think something would fit the demographic,” she explains.

“Clearly, you need the standard Oracle-based systems, workforce management systems and scheduling but now it’s about getting ahead, staying ahead and making sure you talk to your next generation of employees. They expect the integration of social networking, and a great experience from being a candidate to being an employee, and technology is a key part of that.”

Ken Lahti, vice president of product innovation and development at advisory company CEB, says the integration of cutting-edge technology into the recruitment process often impresses would-be employees. “Research suggests that candidates like multimedia assessments better than pure text-based ones,” he explains. “The candidate reactions are not only positive in terms of the process; they’re perceiving the employer better as a result of their incorporation of multimedia aspects in the hiring process.”

Data is another area ripe for investment. At Byron, Rockey relies on Talent Toolbox, provided by people and engagement specialists Purple Cubed, to supply him with analysis and reports on applicant tracking. This is business-critical information, as the fast-growing chain needs to know how long it will take to get the staff in place to support new store openings.

“With the applicant tracking system we know we’re going to be opening X number of restaurants, which equates to X number of people; we know that’s going to be three interviews per one general manager, so we probably need to be interviewing 600-7,000 people in a year,” Rockey explains. “We need a bit of kit to help us do that and we can also use the data to back up what we’re saying to the business. It’s good to be able to put some numbers next to common sense and anecdotal thinking.”

There is also a wide variety of maturity across business when it comes to HR technologies, says Lahti. “Some companies are many generations into their implementation of HR technologies, potentially having switched providers or platforms a couple of times, and then there are others that are still getting started,” he says.

Inevitably, technology companies are often at the forefront of innovation. Rackspace, the hosted services provider, has recently placed some bold bets when it comes to HR technology. A project is currently underway to upgrade its HR portal. “It’s about how we can make sure we have interactive, on-demand, engaging HR information,” says HRD Doreen John. “We had an intranet but it’s about taking it further, pulling other sources of information together in an interactive format.”

The new HR portal uses clever recommendation software to ensure relevant content is directed to employees. “Depending on what level you are, there will be different types of training information relevant to you,” explains John. “When I get a movie that’s recommended to me I think, ‘Wow, thanks Amazon’ – now we can use those principles within work.”

Still, even a technology business has to go through the official channels to gain support for an HR technology project. It’s a case of gathering all of the relevant stakeholders around the table, says John. “Typically, we take input from our executive team as well as HR. What do we need to achieve in the business? What’s the shift in terms of our strategy? What’s the shift in terms of our people?”

In order to avoid making erroneous investment decisions, it is important organisations embark upon a bulletproof partner selection process, advises Lahti. “I always counsel HR directors to evaluate platforms against specific objectives and business priorities. Then they must involve multiple stakeholders across HR and other operational users such as line managers,” he says. “It sounds obvious but teams come up with better decisions than one person alone.”