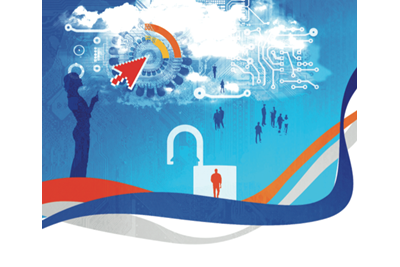 Recently, tech giants Yahoo and Hewlett Packard took the radical decision of banning telework for most of their employees. Yahoo CEO Marissa Mayer declared that “we need to be one Yahoo! and that starts with physically being together”.

These kinds of decisions are evidence of a fear of virtual interactions between employees. Despite decades of research, the impact of these electronic ways of interacting at work remains largely unknown. Researchers and practitioners alike have probably paid too much attention to the technology, and not enough to the people using it.

The problem with virtual interactions is that their impact depends very much on the preferences and abilities of the employees using them. Failing to take these individual differences into account and imposing unilateral decisions upon all employees is unlikely to be productive. Evidence is badly needed: what's it like to work mainly via electronic devices; what impact does it have on the wellbeing of individuals, and the work done? How do different personality types engage and respond differently to e-working? That's the focus for a new research project planned at Lancaster University.

Not every employee is tech-savvy and for them emails might remain the easiest media to use. Banning emails is forcing them to become literate with Enterprise Social Networking tools or collaborative spaces, which can be daunting for many employees.

People who interact using the media they want experience higher wellbeing and more positive emotions than those who are forced to communicate in a way they find unnatural. Interaction is two-way and has an impact on other individuals. Emails might be used to avoid having to chat with a verbose colleague, but this co-worker might feel isolated as a result.

To avoid falling into the trap of seeing virtual interaction as inherently a problem, it's important to take steps to introduce a culture of more flexible and respectful virtual interactions in your workplace. First, think about your own preferences and abilities. Which media do you prefer and which do you reject? Which do you feel the most and the least comfortable using?

Second, try asking your colleagues about their own preferences and abilities and do not hesitate to share yours with them. Maybe you will discover that a colleague you call every day absolutely hates being phoned and would prefer an email instead. It is easy to find compromises once you are clear on your own preferences and those of the people working with you.

Most importantly, keep an open mind. Digital culture can be divisive. Getting irritated with someone who prioritises face-to-face interactions is just as inflexible as banning telework for an entire company.

Jean-François Stich is a PhD student at Lancaster University Management School working under supervision of Patrick Stacey and Professor Cary Cooper. They currently seek organisations who would be interested in collaborating on the research into wellbeing and virtual interactions at work