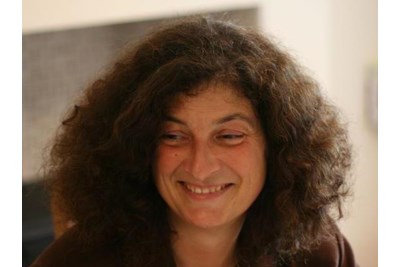 This is the second part of a four-part series which comes out of my work with issues around one-to-one and team bullying over the past 25 years. Over the four weeks I will explore the complex dynamics at play in team bullying, which can make it challenging for even an experienced and well-intentioned investigator to come to a just conclusion.

Many targets of bullying experience tumbling self-belief, plummeting self-confidence and increasing self-doubt. Some targets come to the conclusion that they are not competent in their roles even though they were top performers before the campaign against them commenced. Others start to question their value as a person.

Targets often feel isolated, even abandoned, especially in circumstances where team colleagues don’t speak against the bullying at the time it occurs or don’t offer them support after an attack. In these cases targets can feel more betrayed by the apparent nonchalance of their colleagues than by the bully’s behaviour.

However, the impact of team bullying goes beyond the distress of the target. Team bullying strains working relationships across the team, creating confusion and altering allegiances because each member of the team is faced with a challenge: how to respond to the bullying. Do non-targeted members actively support the target or do they remain silent and passive? Do they support the target privately after the attack or, out of a complicated reaction on their part, collude with the bully through silence and passivity?

Some non-targeted tream members think that by turning a blind eye they will protect themselves from being targeted in the future. Others genuinely misunderstand the bullying as a private spat that has got out of hand. Others again resent the target’s ‘complaints’ about being bullied and tell them to stop over-reacting.

However, each of these reactions are counter-productive for the team. Every time a team bully targets one of their colleagues unopposed, the bully removes some degree of power from the team. It is a fallacy that ‘keeping one’s head down’ is a self-protective strategy. This misguided tactic makes it clear to the bully that the silent team members are unwilling to confront the bullying and enables the bully to acquire a greater degree of control over the entire team dynamic.

Team bullying is neither more nor less destructive than one-to-one bullying. Rather, it creates its own dynamics; undercurrents that play out differently in each team where a bully is active. In every team that experiences team bullying, team performance suffers as the energy of the team is diverted away from its work towards handling the impact of the bullying on the target and altered team relationships.

Given the complexity of these dynamics, the unique way that team bullying plays out in each team, and the reluctance of team members to be open following a complaint, it can be highly challenging for investigators of formal complaints to hold bullies accountable. In the next two weeks I am going to illustrate how these issues play out in a realistic but fictional case study in which the bully is a team leader in an organisation that employs just over 50 people. The case study focuses on the trickery of the team leader and the need for vigilance by the investigator in his dealings with her.

Aryanne Oade has worked as a chartered psychologist and coach for more than 25 years. She is also the author of eight books, including Bullying in Teams: How to Survive It and Thrive


Read the first in this series
Comments