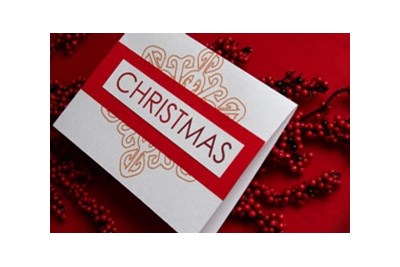 Four of Robin's team come to him with requests for time off to attend their children's nativity play on the same day next week. The schools have only just released the dates so there was no opportunity to give greater notice.

Employment contracts will normally state that holiday can only be taken with the company's prior consent, meaning that the employees have no right to take holiday unless Robin agrees.

Robin should deal with requests for holiday in accordance with the company's holiday policy - if it is has one. This should address how competing requests will be dealt with and is likely to take account of the needs of the business, so as to ensure that there is adequate cover in all roles. After that, the policy is likely to state that holiday will be granted on a first come first served basis. If there is no company holiday policy, Robin should, in any event, apply similar principles when considering the holiday requests.

Under the Working Time Regulations 1998, a worker who wishes to take holiday must give notice to their employer and the length of the notice must be at least twice the period of leave they are requesting. This would require the employees in this case to give two day's notice, which they have done. The employer can refuse the request by giving a counter-notice, which in this case would have to be given at least one day before the requested holiday was due to commence. However, these notice provisions will normally be varied in the employment contract.

One of the disgruntled male employees has started a whispering campaign against Robin. There is a bad atmosphere and Robin hears on the grapevine that this employee has started conducting a survey of other male employees in an attempt to gather evidence that Robin treats men badly compared with women.

Robin might consider telling the employee that there is an appropriate channel if he has any complaints or concerns, namely the grievance procedure. He might also ask a member of HR to speak to the employee to ask him to desist the whispering campaign and instead allow HR to look into any complaint he has.

If having investigated the grievance it appears that there might be some truth in the allegation, then the company will need to deal with the matter under its disciplinary procedure and take disciplinary action, as appropriate. It might also arrange for Robin to receive training in equality issues.

It is the office party in three days time. Robin sends round an email reminding everyone that as the party is taking place in a local hotel, and there will be other guests present, employees must remember that although the objective is to have fun, they must also behave with some decorum and not embarrass the company. Various people are heard muttering "killjoy" and "fun police" from their desks.

Robin is right. An office party organised by the employer is likely to be seen as an extension of the working environment, even where the party takes place away from company premises and outside normal working hours.

Consequently, an employer is entitled to expect the same standards of behaviour from staff as it does whilst they are at work and in particular that employees do not bring the company into disrepute.

Most employers will not be concerned if employees are simply merry but if they become very drunk, this could bring the company into disrepute, particularly if accompanied by rowdy, aggressive or other inappropriate behaviour. If this is the case, it should be dealt with as misconduct in accordance with the disciplinary procedure.

Employers may also be liable for discrimination or harassment occurring at the party. Robin should remind staff of the company's equal opportunities and anti-harassment policies and make it clear to staff that the company's normal disciplinary policies apply to misconduct at the office party.

Gareth, the MD, rings Robin and mentions that three of the call centre's key clients are in town on the day of the Christmas party and therefore he has extended an invitation to them to come along to the party. Robin's heart sinks…

The fact that clients will be attending makes it even more important that the company makes clear in advance the standards of behaviour it expects. It may not be sensible to invite clients to a party which is meant to be for the benefit of staff and doing so may well cause additional headaches.

It is the afternoon of the office party. A number of women come to Robin and ask if they can log off a bit early in order to get ready. Robin says no as he is mindful of the threatened sex discrimination complaint over the nativity play issue.

Later, the party is in full swing. Robin notices three things which are of major concern. Firstly, he notices that the sales team have become very rowdy. There has been a lot of swearing. At one point, one of the team stands up and "moons" the table opposite. (This is a table of people who are not connected with Express Deliveries Limited and who look quite offended). Secondly, he notices that Godfrey Leach, a 55 year old man from the mail room seems to be fixated on Gina, the lovely 20 year old receptionist. Gina looks very uncomfortable so Robin goes over to subtly check that she is ok. Gina looks relieved but five minutes later Robin has to leave because he spots that a heated argument has broken out between Bob McRich, one of the clients invited by Gareth and Andrew Knight, the company's top salesman. Bob appears to be the aggressor and just as Robin reaches them to try and calm the situation down, Bob swings a punch at Andrew.

Upon noticing the sales team becoming rowdy, Robin should step in and warn them that their behaviour is not acceptable, with a view to resolving the problem before it gets out of hand. This may have prevented the "mooning incident" from occurring. Upon witnessing that incident, he should have asked the salesman to leave the party. He should not seek to discipline the salesman at that point but should wait until the next day to deal with the misconduct in accordance with the company's disciplinary procedures.

Godfrey's fixation on Gina could well amount to sexual harassment as Gina is clearly uncomfortable with the attention she is receiving. An employer is liable for harassment by its employees unless it can show that it took all reasonable steps to prevent the harassment occurring. In this case, Robin has made an attempt to intervene by checking that Gina is ok but it would have been better if he had had a word with Godfrey and asked him to leave her alone. Reminding staff of the company's equal opportunities and anti-harassment policies in advance of the party would also help the employer to show that it took all reasonable steps to prevent harassment occurring, meaning that the company can avoid liability if Gina were to bring a tribunal claim.

Robin should also investigate the incident between Andrew Knight and the client, Bob McRich, in accordance with the disciplinary procedure to establish if Andrew Knight has been guilty of any misconduct.

Stacey, the office manager calls Robin on his mobile at 7am. She is in hospital. Her leg is broken. She tells Robin that while waiting outside of the hotel, Godfrey (by this time very drunk) grabbed her and swung her round for a dance. She asked him not to but he persisted and then slipped and fell on top of her. She landed on concrete and the doctors think her leg is broken in two places. She may require an operation and will certainly be off work for around 6 weeks.

Stacey could also bring a claim for personal injury against Godfrey and the company, as the company can be held liable for Godfrey's acts in the course of his employment, including at the office party.