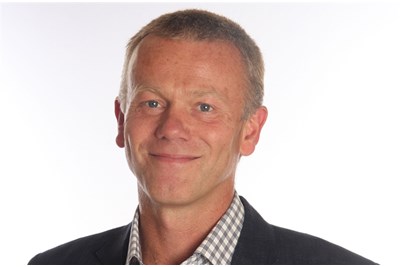 Is successful turnaround dependent on CEOs? To an extent, yes. However the most successful business transformation relies on how well the CEO champions a new style of leadership.

The days of the ‘hero’ leader, where one person at the top of the organisation took most of the major decisions, are gone. Today’s most successful leaders are ‘connected’ – they devolve decision-making responsibility across the organisation, and encourage cultures of collaboration.

Retail is particularly competitive, especially in supermarkets. The latest figures from Kantar Worldpanel show that Morrisons’ market share continues to decrease, while Aldi and Lidl are gaining ground. At Morrisons, outgoing CEO Dalton Philips was criticised for poor trading performance, in particular for delays in entering the convenience store sector and setting up online operations. This highlights the need for agility – the ability to respond quickly to customer needs and an ever-changing competitive environment.

In another interesting announcement, Asda CEO Andy Clarke announced that it is responding to the challenges in the retail industry by streamlining its management team. He believes this will enable Asda to prosper in an increasingly competitive market, “by enabling faster decisions through streamlined structures where colleagues are empowered under the leadership of fewer, bigger leadership roles". This is a great example of connected leadership, where decision-making responsibility is becoming more devolved across the organisation, and collaboration is encouraged.

Senior business leaders are ‘on the bridge’ and they need to be alert to pending difficulties and prepare accordingly. We may see some retail leaders responding too late with solutions that are out-of-date and don't work.

The price challenge from German food retailers is one example. Online and multichannel retailing is another, and has been around for many years. In both cases, some retail leaders struggle to deal with these difficulties because they have responded too late. They failed to put in place the infrastructure supply chain suitable for both challenges early enough.

German discounters Aldi and Lidl have challenged the British retail model in a way that happens in other industries. For example, in the music industry the CD and streaming services challenged the existing supply and consumer paradigms. Some companies flourished, others failed.

A good example of a forward-thinking retailer is Spanish firm Inditex, the world’s largest clothes retailer, which owns fashion chain Zara. The company is renowned for its agility and customer-centric business model. Local leaders have a high degree of decision-making autonomy, which enables them to respond to the needs of customers in different areas. In-house logistics and distribution channels are set up to deliver products to stores and customers quickly. There is a culture of collaboration. Analysts have commented that this has helped Inditex become one of the few beneficiaries of the rapid channel shift to online from store-based apparel.

Leaders are being forced to change, and the old style of command and control just doesn’t cut it any more. They need to work in a more joined-up way – to be more connected. The skills successful retail leaders need to ensure a successful future must be based on this new kind of connected leadership.

Instead of new CEOs creating more control and bureaucracy, the most successful create a collaborative environment and a new level of simplicity. This requires a high degree of trust and devolved decision-making across the organisation – trust that each person and team will do their bit. The people closest to the customer often play a pivotal role.

The role of the new CEO? To empower more people across the business to make decisions that can drive it forward in these challenging, unpredictable times.

Simon Hayward is the CEO of Cirrus, a leadership development consultancy