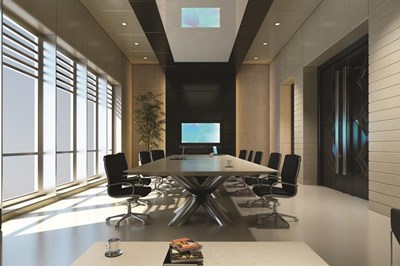 While we agree, the reform could have further strengthened the non-exec role, we believe the corporate governance reform is still on the government agenda. As such, it is already a step in the right ...

When it comes to corporate governance reform, the government’s suggested changes have infuriated many

Following a July 2016 speech where prime minister Theresa May announced her ambition to put workers and consumers on the boards of companies, many anticipated the reforms would be hard-hitting.

However, it’s fair to say that when the contents of the proposed reforms were unveiled many were underwhelmed, feeling they had been diluted. The TUC branded the proposals as “feeble”.

The reforms unveiled by business secretary Greg Clark at the end of the summer included new laws forcing all listed companies to reveal the pay ratio between bosses and workers; rules stipulating that listed companies where a fifth of shareholders were opposed to executive pay packages would have their names published on a public register; plus new measures to ensure the voice of employees are heard in the boardroom, either through the appointment of a non-executive director to represent employees, the creation of an employee advisory council, or a nominated director from the workforce.

Mathew Lawrence, senior research fellow in the economy team at progressive policy think tank IPPR, thinks the proposals are a missed opportunity at a time when ambition is sorely needed.

“The government’s latest proposals fail to address ingrained problems of short-termism, unjustifiable pay inequalities, and the lack of voice and control ordinary workers have in the running of their company,” says Lawrence. “While it is good that the government has finally woken up to the need to reform the way British companies are run, these proposals are inadequate.”

Most disappointing, feels Lawrence, is the dilution of the workers on boards proposal. “It is condescending and ineffectual to suggest a non-executive director appointed by the board can ‘represent’ the interests of a firm’s workers better than the workers themselves,” he says. “Only directors elected by the workforce can do that – as happens in many other European countries.”

Stefan Stern, director at the High Pay Centre, is also underwhelmed: “On this occasion expectations were clearly not managed successfully. We have come a long way since Theresa May’s July 2016 speech that promised not just ‘workers on boards’, but ‘consumers on boards’ too. To that extent there has clearly been some watering down. Binding annual votes for shareholders have also gone, but it was debatable how well some shareholders would have used that power in any case.”

Tim Pointer, former HR director of Pentland Brands and Diesel and founder of the organisational culture, engagement and leadership consultancy Starboard Thinking, points out, however, that the political landscape has changed significantly in the UK since the reforms were first mooted.

“From my perspective there is a recognition that Brexit is going to cause a shockwave through our business community and therefore there is a step back from putting substantial regulation in place at the same time,” he says. “It smacks more of political pragmatism and reflects the deep concern across organisations about what Brexit will mean.”

While the government has come in for plenty of criticism, Edward Houghton, senior research adviser on human capital and governance for the CIPD, broadly welcomes the proposals, particularly the pay ratio plans and the recognition that employees deserve greater voice within organisations.

“In essence it’s a fairly positive move,” says Houghton. “The package is quite big and there is a lot of work that needs to be done now by the likes of the Financial Reporting Council (FRC) in puttinginto place some of the ideas in the package.”

And although Stern feels that the government could have used the reforms as an opportunity to introduce bolder measures, he is encouraged by the inclusion of the compulsory pay ratio.

“This won’t change anything fast, but it will reset the context for the conversation about top pay, and crucially it establishes the principle of ratios as a useful mechanism,” he says. “Thoughtful leaders will be interested not just in the top to middle ratio but also the top to bottom one. And they might consider using the ratio calculation as a measure throughout the organisation.

He adds: “Thoughtful managers will ask: how much more should a team leader get than his or her team? What ratio makes sense: 2:1, 4:1 or even higher? So we should be pleased that ratios are now firmly on the table. They could be useful in developing a fairer and more rational approach to career progression.”

There is still a lot of ground work to be done (both by government and other relevant bodies) to push through these reforms. The pay ratio proposals won’t come into effect until June next year, with a draft statutory instrument setting out further details to be published later this year. And the FRC has been tasked with introducing a requirement to the UK Corporate Governance Code to ensure employee interests are better represented at the board level of listed companies.

But rather than wait for these measures to be introduced, Pointer believes that companies should get onto the front foot and address these issues head-on now.

“I am convinced that tackling any type of governance challenge will require robust and rigorous compliance regimes, but the process of improvement, transformation and better practice can only come from a change in the range and mix of characters around the boardroom table,” adds Karl George, managing director at the Governance Forum and author of The Effective Board Member.

“If we want businesses to make different decisions then we have to be able to influence the ways boards think and how they behave. It requires a fundamental shift in attitude and approach,” he says.

Adopting a proactive approach could help firms avoid controversy in the future and stave off the potential threat of further legislation. Perhaps more importantly, it could seriously boost the health of their business, says Lawrence. “The exclusion of employee voice from corporate governance has contributed to Britain’s productivity problem,” he warns. “This has been a consistent weakness in British management culture. But employee engagement is a key factor in raising productivity.”

While we agree, the reform could have further strengthened the non-exec role, we believe the corporate governance reform is still on the government agenda. As such, it is already a step in the right direction. On Behalf of NEDonBoard