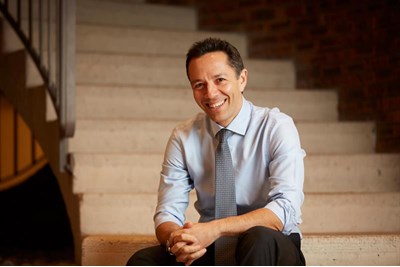 Leadership development is on every chief executive’s agenda nowadays. In 2016 Deloitte reported that companies had spent $31 billion on this in 2015, and its annual study of human capital trends called leadership a ‘perennial issue’. Last year nearly 80% of the 10,000 executives surveyed by Deloitte rated leadership as an important issue. So how can so much investment yield so few results?

The answer might lie in a popular metaphor of what it takes to become a leader: the climb up a mountain. In that scenario leadership lies high up: the prize for the daring few who make it to the top. That image shapes how we portray, study, and practise leadership development, and undermines its intent to get more people to become better leaders.

Four out of five published leadership studies focus on the attitudes and actions of individuals in positions of hierarchical authority, according to the 2014 study Leadership Development: A Review and Agenda for Future Research. Leadership, those tales and studies imply, is whatever leaders do to make it to the top. Corporate models follow suit. Scratch under the language of developmental stages, learning agility, toolkits and competencies, and you will find the imagery of the challenging ascent.

The real trouble, however, comes when that metaphor informs the practice of leadership development – who gets developed and how. Its most established translation to the corporate world harks back to a popular 1970s Harvard Business Review essay by Robert Katz. To succeed, it argued, people need different skillsets at different stages of their career ascents: technical skills early on, people skills in the middle, and strategic skills as they near the top.

When I present Katz’s theory to managers they all nod. And when I ask them if there is any senior executive they respect who is out of date with key technical trends in their industry, or any high potentials they value who are oblivious to the human and strategic dimensions of their work, the same managers shake their heads. They know instinctively that all three skillsets are needed.

But the fallacy that technical skills are the foundation of leadership, and everything else comes later, is still unquestionably accepted.

The leadership shortages that CEOs bemoan boil down to an excess of middle managers with skill imbalances. Companies still invest most time, attention and funds on managers at or near the top – those who seem to have a shot at corporate summits. These are often people who have risen because of technical ability, but risk harming themselves and others in their push for the top. And they need plenty of leadership investment then because they received too little earlier on.

Leadership development often begins too late and amounts to thinly-disguised indoctrination. A Zenger Folkman survey of 17,000 executives revealed that the average age at which their companies had offered them leadership development was 42. And much of that consists of courses and workshops trying to get people to think and act as their bosses want them to, with the promise of leadership later.

New problems are seldom solved using old assumptions. They are more often caused by those. Firms wanting more than a few daredevils at the top need a different metaphor to inform their leadership approach. Let me suggest one: the artist.

Over time a successful artist’s work might expand in scope, scale, and value. But artists neither wait to be prominent before making their best art, nor do they copy others until then. If they succeed it is because they have both compelling, original visions and the skills to realise them.

Good leadership works the same way. It is both a means to get results and a form of expression; an activity and an identity. It is not something you do or become once you get to a leadership role. It is what gets you there. Many companies are warming to this view, which humanises leadership by removing it from rarefied peaks and making it part of everyone’s work.

Consider the trajectories of Thomas and André, two talented managers (whose names I have disguised). Both are alumni of professional services firms that spotted their leadership potential early on. But Thomas speaks of his as the place that set him on a life path as a leader. André says that he is relieved to have escaped his firm alive. Their experiences reflect three differences between companies that humanise leadership and those that don’t.

1. Free people up to lead

Having been labelled a ‘future leader’, André found himself under increased performance expectations, bombarded with feedback about his shortcomings, and with little besides technical training to help him prove that he deserved his coveted spot. He doubted himself for a while, and then joined the 63% of Millennials in business who report that their employers do not help fully develop their leadership capabilities, and who harbour wishes to leave as a result.

Young talent flocks to companies that do more than put them in a glamorous line. It is attracted to companies like Thomas’, which sponsored his continuing education while ensuring, through a variety of assignments, that he understood the whole business and acquired a strategic mindset, focusing on how his activities created value for the company.

Meanwhile, mentors encouraged Thomas to take a leadership perspective in his daily work: a perspective of personal responsibility for outcomes not tasks. Ever since those early learning opportunities Thomas had, in his own words, “an insatiable appetite to look into every corner of an organisation”. He reported: “I was conditioned, I now realise, to proactively push the boundaries. It was a critical success factor for me, and in my management role I encourage others to do the same.”

When organisations were pyramidal iron cages helping people stand out might have made sense. These days forging communities that share responsibility for both results and culture is key. Unlike André, who felt singled out and forced to compete with fellow high potentials for resources and opportunities, Thomas joined a cohort that supported his ambitions and contained his concerns.

Thomas’ company’s approach to leadership development was similar to that of a multinational I worked with for several years. The company had stepped up its investment in leadership development when the CEO realised that a few top leaders were not going to be enough to meet the ambitious targets set by the board. We designed an initiative where groups of managers worked together on two tasks: one around the business issues they all shared, and one the leadership challenges that individuals faced. Each manager worked for the group, and the group in turn worked for him or her. Community building was as important an aim as leaders’ growth.

When we assessed the initiative’s impact four years later the company had exceeded its targets, with less headcount and turnover than originally predicted. What managers valued most, however, were not the insights, tools, or courage the programme had given them. It was the sense of sharing a common fate, which stopped them thinking about how to prove themselves as leaders, and let them seek and use the support needed to lead. Having more support in turn made it easier for people to lead more boldly – and more generously.

A sense of belonging to a community also helps people cultivate and express the personal foundations of their leadership. While André clung to technical skills and made efforts to conform to his firm’s leadership model, gathering praise even as his isolation turned into alienation, Thomas found room to experiment and put his own mark on the leader he was becoming.

Thomas’ firm used a combination of training programmes that provoked high potentials to reflect on who they were as leaders, and internal mentors who invited people to claim the impact they hoped to have, helping aspiring leaders become familiar with the tension between delivery and development – between hitting quarterly targets and pursuing one’s life’s work.

As a result when André left his firm he felt relieved to have a chance to be himself at last. Thomas, conversely, regarded who he was as a product of the time he had spent at his. Their sentiments encapsulate a key distinction between companies where leadership development is a reward and a challenge, and those where it is a resource and an opportunity. The former generate gratitude, the latter loyalty. “It is a phenomenal organisation,” Thomas said of his firm. “The support structures, breadth of training programmes, and invaluable mentorship, shape an individual personally and professionally for life, as they have me. It is a true honour to call myself an alumnus.” Undoubtedly the firm would benefit from his business in the future.

I call organisations like Thomas’ ‘identity workspaces’. They are the places that stay with us long after we have left them – that sharpen our ability and change the ways we see the world and ourselves. Even in the age of talent mobility people remain attracted and deeply attached to these organisations. Because they help aspiring leaders realise what artists know: your early work might end up defining you. You must make it just as good as you hope to become.

‘But what if this works?’ I frequently get asked, half in jest. Would more people leading in a personal way not result in a cacophony of visions and pursuits just when organisations are struggling to get more alignment? Maybe. Having more leadership can result in friction, but only in companies that expect few to lead, and whose leaders can’t manage friction. There may well be such a thing as too many leaders. But fearing this will likely leave you with too few.

Gianpiero Petriglieri is associate professor of organisational behaviour at INSEAD, where he directs the Management Acceleration Programme