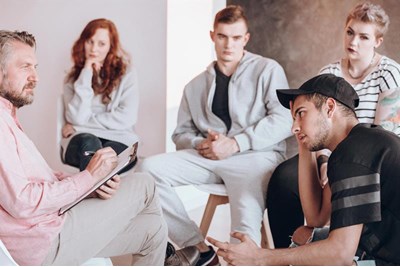 ​Temporary office workers over the age of 35 have felt more supported by the government during lockdown than those aged 16-25.

In research from recruitment firm Office Angels, three quarters (75%) of temporary workers aged 35 to 44 said that the government has done enough to support them through the lockdown period. A further 86% of those aged over 55 agreed.

However, in a stark contrast, 80% of temporary workers in Generation Z didn’t think that the government had done enough to help them in this time.

Men working on a temporary basis had also felt more supported by the government in lockdown than women did – with 72% compared to 56%.

The findings highlight a trend in the pandemic job market, highlighting the disparities between demographic groups.

As the Institute for Fiscal Studies (IFS) studies found - employees under the age of 25 will be the hardest hit by the crisis as they are approximately two and a half times as likely to work in a sector that had been shut down compared to employees of other ages.

Women are also approximately one third more likely to work in a sector that shut down than men – as 17% of women were in affected sectors compared to 13% of men.

As a result, more women have begun to seek permanent roles post-pandemic.

For the under 25s, the government has issued a raft of incentives to help them gain and retain jobs.

Kate Garbett, head of Office Angels, said: “As the job market changes over the coming months, it's important for temporary workers who want to either move to a permanent role or increase their salaries and/or responsibilities while remaining temporary workers, to continuously upskill themselves.”

Generally, across England, the majority (69%) of temporary workers said that they felt they had the government’s support in lockdown.

The data showed no real disparities between the percentage of satisfied workers in the North and South of the country.

However, the West Midlands may have been overlooked as only 42% of temporary workers there said they had felt supported.

“It’s encouraging to see that the majority of temporary workers do feel they have been supported by the government during the COVID-19 crisis. However, policymakers cannot rest on their laurels,” Garbett added.

“They still need to provide tangible support and guidance to those looking for both temporary and permanent roles as we move out of lockdown into a better normal.”

Office Angels’ survey is based on a sample of 500 UK based office/admin temporary workers. The study took place in June 2020.