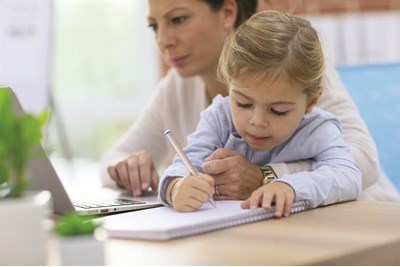 Two years in, the system intended to replace childcare vouchers is still being criticised as unwieldy and under-publicised, with some calling for reform

It was touted, when finally introduced in April 2017, as a more inclusive option for working parents. Yet recent figures have shown that the tax-free childcare system could be anything but.

When the latest incarnation of state childcare support was first launched the government estimated that two million families would qualify for assistance. The promise was that the new scheme would cast its net wider and include the self- employed (who had previously missed out on the employer-led childcare voucher scheme). For every 80p that a parent spent on childcare the government would add a further 20p, effectively covering the VAT incurred on the cost of childcare – up to £10,000 annually.

But the system has been plagued by technical and legal issues. Though originally scheduled for Autumn 2015, in July that year the government announced that, as a result of a legal challenge brought by childcare providers including Edenred, the launch of the scheme would be delayed until early 2017. Technical issues with the Childcare Choices website in 2017 led to a further delay in rolling out the scheme until March 2018.

In April 2018 it was announced that childcare vouchers would be extended until October 2018 to cope with the delay in transitioning parents to the new scheme. Then a glitch last October delayed 22,000 standing orders from online tax-free childcare accounts on 30 October, 31 October and 1 November, which meant some parents were fined by their providers for late payment.

And for all its good intentions, the system has failed to attract the numbers the government had hoped. According to statistics released by HMRC in February just 91,000 families (with 109,000 children between them) had signed up to the new tax-free scheme in its first year. This amounts to 22% of the 415,000 families the government had budgeted for and just 5% of those deemed eligible. So why has uptake been so poor? And does the government need to consider reforming the scheme?

“The worrying thing with numbers being so low... is the government is saving money but not really helping people as there are families with no support in place now,” comments Jacquie Mills, chair of the Childcare Voucher Providers Association (CVPA). In her view there wasn’t enough awareness of the scheme among parents, with those using it finding it over-complicated. Indeed between April 2017 and the end of October 2018 the government received 4,560 formal complaints about the online service.

“It’s immensely burdensome on families and very bureaucratic,” remarks Sarah-Jane Butler, CEO and founder of Parental Choice. She explains that under the new system both parents must be working and must reconfirm their eligibility every three months. “Parents are already busy enough trying to manage their working lives and home lives without all this other stuff,” adds Butler.

She argues that if parents do manage to navigate this administrative burden then the tax- free scheme only really benefits families when their children are under the age of two. All families in the UK are entitled to 15 hours of free childcare the term after their child turns three, with some families, who are in receipt of certain support, being eligible for this when their child turns two. Families with two working parents are entitled to 30 hours of free childcare for children aged three and four which, according to Butler, is far more beneficial to families. A further criticism of the new scheme is that unlike its voucher-based counterpart it does not cover childcare for 11- to 16-year-olds.

The scheme has received some praise, however, for its inclusion of self-employed individuals. But they too face challenges. All users of the new system must reconfirm their earnings every three months, proving that they earn at least £125 per week. The criticism from many is that, given self-employed people are not guaranteed consistency of earnings, if at any point they don’t reach the required threshold their government subsidy could be revoked and they could find themselves without the means to fund their childcare.

Of those families already registered to use the scheme, 14,000 have at least one self-employed parent. But according to Mills the number could be higher if the scheme had been better publicised. “Because [the self-employed] never had that childcare support before it’s not on their radar to even think about looking for it,” she says. “[The government] has not written to people they know would benefit from tax-free childcare. It’s not been widely publicised.”

Lack of information about the scheme is an issue also affecting employees previously reliant on their employers for information. Julia Waltham, head of policy and campaigns at Working Families, tells HR magazine: “[The old vouchers] were a catalyst for employers and their employees to have a conversation about childcare, which might have led on to a conversation about work/life balance, flexibility and family-friendly policies.”

So with the tax-free scheme effectively removing employers from the equation, do they have any role in boosting participation?

Camilla Carson, executive director of Black Swan Data and former head of business development and partnerships at Mumsnet, thinks so. But the government should also better support employers with this, she says.

“Giving those employers the right package of resources is key. [For example] downloadable packs about how to talk to staff about returning to work, how to set up a returnship process etc.,” she says, adding: “Employers [also] want to see the government investing alongside them with targeted advertising in places that parents go to.”

That said, Carson is one of many calling for childcare funding to be reformed. “I think the first question is to simplify the core system down,” she adds.

Working Families and the CVPA echo this view, with both organisations calling on the government to reintroduce the old childcare voucher system and allow it to run in tandem with tax-free childcare – so that parents have enough choice to suit their individual needs.

Mills points out that this wouldn’t be hard for the government to do as legacy childcare vouchers will continue to trickle through the system anyway for up to 10 years; so the administrative infrastructure remains in place.

But if such reform is made and we see a return to vouchers is that enough to support parents with the rising cost of childcare? “The government brings the lowest common denominator to the market and ensures a basic minimum [of childcare support],” comments Ann Roberts, group HR director at Badoo.

“For us childcare vouchers were never part of the real conversation. They were a no-brainer but the conversation needs to be much, much wider than simply swapping the vouchers for the tax-free scheme.”

Roberts tells HR magazine that the savings provided by the tax-free scheme (estimated at £600) do little to improve employees’ lives on a daily basis in the same way as flexible working. She lists extended private medical cover for dependents, return to work support and breast-feeding facilities as some of the other benefits provided to working families by Badoo.

“The government is not setting the bar for what best practice looks like. That’s coming from employers who are in a war for talent,” says Roberts. She adds her voice to the many calling for childcare vouchers to be brought back so the two schemes can run concurrently: “There’s no need for one system to replace the other. When that happens inherently someone is winning and someone is losing.”