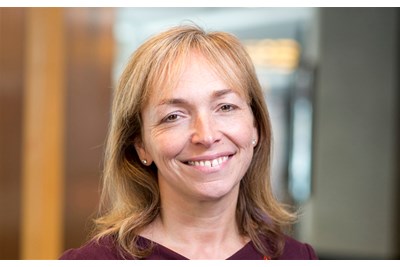 Using the word talent to define some or all of your workforce can be a tricky business. Metro Bank is careful to always provide clarity and context when talking talent internally.

Chief people officer Danielle Harmer and her team are strong advocates of careful, highly deliberate use of language in shaping the right culture and approaches. Talent management is an area where this is particularly key, says Harmer.

“Language is so important because it all starts with culture,” she says. “You need to reinforce the culture of your organisation in every way you can.”

“You need to think about the impact language has on people,” she adds. “When I first started at Metro Bank we had a slightly different system for rating people’s behaviour and delivery. One was ranked one to five, the other ‘a’ to ‘e’. So the conversations you saw were ‘you’ve had a great year, you’re a 3c’, and people saw this as them being average, and we’d have to explain that’s not average, that’s amazing.”

So now the company uses labels for behaviours and performance. On the behaviour front the categories are ‘living the values’, ‘championing the values’ and ‘I amaze’. The talent families, reflecting performance, are: ‘hero’, “which means your challenge is to grow and develop in the job you’re in”; ‘pioneer’, which is applied to those with rapidly expanding job descriptions; ‘explorer’ for those whose skills would suit a sideways move; and ‘revolutionary’ where that person could do a bigger job.

“It’s all about context,” explains Harmer regarding ‘explorers’. “So it could be someone who’s an amazing customer service rep who we think is ready for a team leadership role.”

The key is to combine this positivity with transparency around which category people are in, says Harmer. “In lots of organisations the nine-box grid is done every six months. Lots of people don’t know whether they’re seen as talent or not and that’s always confused me.

“Then when they do know, all it does is alienate 95% of the workforce and the top 5% go ‘great I’m in the talent pool’. So you’ve set the expectation with them that you’re going to make them the next CEO and then, guess what, nothing happens.”

Though she concedes that in every company there are certain positions more critical than others, this shouldn’t be used as an excuse not to develop the rest of the staff.

“It’s a lazy approach to say ‘resource is scarce so we’ll focus on the top x per cent’. I think you can do stuff a lot cheaper than people think. A huge proportion of our training is delivered in-house, based on material we write. It doesn’t have to be fancy, it has to be effective.”

Getting the language around talent right isn’t just important from an internal comms perspective, says Harmer. “A lot of the time people can’t describe talent and that’s where problems come from. What people can easily describe and what companies measure is performance, so what you end up with is ‘our best performers are our talent’,” she says, adding: “I think ‘talent’ is fine as long as you add more clarity with other words.”

Harmer adds that she doesn’t agree with the use of ‘talent’ as a word to describe an entire workforce. “I think the confusing part is the shift between talent being an adjective and a noun. I think as soon as you do that with a word it’s confusing.”

“‘You are talented’ is something everyone can understand. But ‘you are talent’ creates this differentiation. It becomes binary and divisive – talent or not talent.”