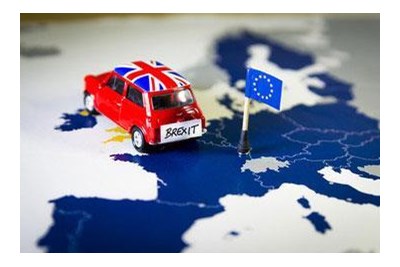 HR should prepare now for the UK’s departure from the EU, despite the recent Brexit extension and ongoing uncertainty.

On 10 April a new deadline of 31 October was agreed by European Union (EU) leaders. But they were firm that the UK should “not waste time” in negotiating a deal. Under the extension the UK can still leave the EU at any time if a withdrawal agreement is ratified by UK MPs.

In the three years since the referendum result was announced, skills and talent shortages due to the uncertain status of EU workers have been highlighted as a key concern for employers. Research by Shakespeare Martineau last month found that 41% of businesses had experienced a decrease in access to talent and skills since the triggering of Article 50.

Yuichi Sekine, UK head of business immigration at Bird & Bird, encouraged HR professionals to take advantage of the extension to secure settled status and pre-settled status for their EU-national employees. “The latest extension of Brexit day is bad news for employers as uncertainty continues. The good news is employers have additional time to hire or transfer EU-national employees who can take advantage of the EU Settlement Scheme as it confers generous rights with minimal administrative burden and no cost to the applicant or employer,” he told HR magazine.

“Likewise employers have more time to prepare their British national employees in EU27 member states to obtain appropriate documentation to protect their continued rights to work in that EU country.”

Sekine added that employers must ensure talent management strategies for cross-border staff are robust: “Employers are advised to ramp up their talent strategy as cross-border workers who are British nationals will require more time to ensure they have appropriate visas to work in EU27 member states after the end of freedom of movement.”

Despite the ‘Halloween’ Brexit extension meaning that the UK avoided leaving the EU without a deal on 12 April, many have warned that a no-deal scenario is still possible. Ian Mace, Brexit lead for Associated British Foods (ABF), urged business leaders not to become complacent about this possibility.

“At ABF we have been developing our plans for a no-deal Brexit for many months. And while adjusting them in the light of new developments is a constant challenge, it is not an impossible one,” he said.

“For example we have established a network of customs experts from across the businesses, and when HMRC announced the establishment of transitional simplified procedures for imports from the EU, this group was able to share their knowledge and insight to work out how useful these procedures would be for each business.”

Brexit scenario-planning might seem impossible, added Mace, but it’s vitally important: “The announcement of a further delay until October is just another example of ways in which predicting what will happen – and then planning for it – feels nigh on impossible. But the truth is that’s often because organisations haven’t started that analysis and planning process yet. From the bottom of the mountain Everest looks impossible to climb – but the only way to get started is to take the first step.”

Employment lawyer at iLaw Julian Cox agreed that organisations and their HR teams should be planning now for various possible Brexit outcomes. “Look at quality, procedures and contracts,” he advised. “There are some areas of employment, such as pay and holiday, that are enshrined in EU law. We don’t yet know how some of these areas of legislation will change, but businesses should always be looking to review their policies and procedures. Any good employer will be doing this already, and there’s no better time than now.”

HR can play a vital role in communicating with both executives and employees, Cox added: “The changes in any legislation and procedures will run a lot more smoothly with strong communication. Make sure you have an open-door policy, and that you are communicating any changes to terms and conditions clearly. Being able to allay fears to both business leaders and staff means that HR will be critical.”