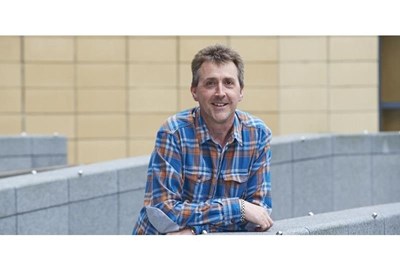 As the fourth largest employer in the world the NHS recognises it must be a role model of diversity and equality to which others can aspire.

This year’s NHS Employers diversity and inclusion conference, attended by 170 health and social care professionals from across England, set out to create an inclusive revolution. And it did not disappoint.

The focus was on how the various parts of the ever-changing health and social care systems can work more closely and share ideas to nurture an inclusive workforce, free of bullying and harassment, which reflects the diverse communities it serves.

NHS Employers chief executive Danny Mortimer kicked off the event by talking about evidence that shows having different backgrounds and perspectives in a workplace helps foster a more dynamic organisational culture.

He stressed that the NHS has benefited from diverse and talented staff since its foundation, but that there is much work needed to make best use of the talent at its disposal. This will ultimately also lead to better patient experiences.

Owen Williams – one of the few black chief executives in the health and social care system – talked about the need for organisations to create forums in the workplace for open and honest conversations about these issues to nip poor behaviours in the bud before they spread. One such example is NHS Employers’ ‘Freedom to Speak Up Guardians’ scheme. These ‘guardians’ are tasked with encouraging staff in the NHS to have those difficult conversations with colleagues they may have otherwise delayed or avoided all together.

The keynote speakers that followed included academic Michelle Tuckey, who is conducting research into the health service in Australia at the University of South Australia, and Dan Robertson, diversity and inclusion director at the Employers Network for Equality and Inclusion.

Tuckey talked about how bullying and harassment are a health and safety risk for any organisation, which must be treated and tackled at its core rather than dealt with as a symptom. She offered the audience some models for addressing this that centred around four elements: management commitment, management priority, organisational communication, and organisational participation. This stressed the need to create cultures in which there is a genuine recognition from managers of the stress and strain of working in high-pressure environments such as A&E departments and operating theatres.

Robertson challenged the audience to start with themselves by evaluating whether they are guilty of unconsciously or accidentally excluding or discriminating against people in their workplace. He also warned more generally against creating in and out groups that perpetuate exclusion and isolation.

Once again, NHS Employers used this conference to encourage people to think beyond the usual day-to-day issues surrounding inclusion and diversity. It will be following up with a series of regional events, tools and resources to ensure learning and best practice is rolled out as widely as possible across the system.

Paul Deemer is head of diversity and inclusion at NHS Employers