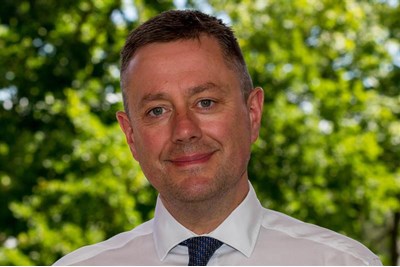 In your Webinair this morning you said that notaries do not verify degree certificates. I was surprised to hear this and if you have examples of this could I suggest that you immediately notify the ...

Degree fraud is rarely out of the headlines, yet thousands of graduate recruiters still do not routinely verify their candidates’ qualifications

Degree verification is a straightforward process and sits comfortably with the multiple other background checks, validations and verifications that diligent recruiters make when they hire new staff.

But too often HR still sees it as a nice to have rather than a need to have, and some don’t think about it at all.

Checking the authenticity of a candidate’s degree certificate is not just about establishing their level of qualification or grade, it’s fundamentally about trust.

A degree is a big part of how individuals present themselves for work, even for jobs where a degree isn’t specified. Apart from anything else, it’s three or four years of someone’s life that need accounting for.

The business consequences of hiring a candidate who lied about their qualification can be significant:

Degree fraud comes in various forms, such as individual chancers who award themselves a higher grade or fabricate their university attendance.

But like other lucrative forms of fraud degree fraud is supported by a sophisticated infrastructure, most of it operating online.

There is a murky underworld of bogus universities. Some of them pass themselves off as arms of real institutions, such as the Newcastle International University scam of 2017 which saw a credible-looking version of Newcastle University appear online before the start of term and extract thousands of pounds from international students, some of whom turned up to the real university on enrolment day only to learn that they had been conned.

These bogus entities will ‘award’ their own certificates and issue transcripts and all the other documentary paraphernalia associated with a successful university experience. They may also provide a spurious verification process.

There is also a thriving market for fake certificates from real universities. There will be thousands of these fake certificates, many of them of extremely high quality, sitting in the filing cabinets of HR offices throughout the country. Some of you reading this article will have some.

That’s why asking to see a candidate's degree certificate and taking it at face value is simply not good enough. Some of the fake degrees out there are of such high quality (they may feature holograms, watermarks and other security components) that even the real university can be hard pressed to differentiate it from the real thing.

Our recent CVs Uncovered research, conducted with Credence Background Screening, surveyed more than 300 employers about their experiences, behaviours and practice around degree verification.

Almost half of them had been a victim of degree fraud, which probably accounted for a majority vote in favour of verifying among respondents. Yet 20% said that they didn’t check their graduate candidates’ certificates at all.

With each survey we carry out more employers seem to be adopting best practice. This is very encouraging.

There is much greater awareness about the issue. But only when 100% of recruiters verify the degree credentials of 100% of graduates 100% of the time will degree fraud be eradicated.

Chris Rea is head of higher education services at Prospects

In your Webinair this morning you said that notaries do not verify degree certificates. I was surprised to hear this and if you have examples of this could I suggest that you immediately notify the Faculty Office of the Archbishop of Canterbury (Faculty.office@1thesanctuary.com) if the notaries are practising in England or Wales. The only acceptable case would be where the Notary had written on the copy degree certificate that it had not been verified by the issuing institution which in most cases would be through HEDD