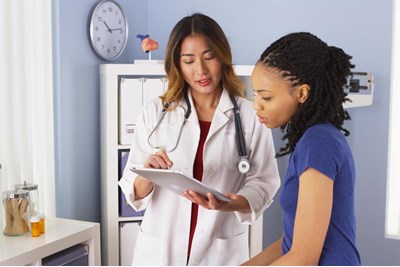 I was so pleased to see this being brought into the open; I have lived with endometriosis for years and, no matter how skilled you may get at hiding the issue, life would be a lot better if it could ...

Under-recognised chronic gynaecological and reproductive health conditions are holding women back at work and compromising their productivity, according to a report by the Work Foundation.

More than Women’s issues: women’s reproductive and gynaecological health and work highlighted that the costs of this lost productivity are considerable. For example, endometriosis (a condition commonly affecting girls and women of childbearing age) costs on average almost €6,298 (£5,463) per person each year.

The report built on a study conducted across 10 countries that found women with this particular condition experienced reduced work performance, losing almost 11 hours of work each week on average. Endometriosis UK research estimates that this condition costs the UK economy £8.2 billion a year in treatment, loss of work and healthcare costs.

Other conditions highlighted by the report as still considered taboo included infertility, long-term conditions during pregnancy, and menopause. Not recognising these issues or offering support could damage a woman's career and earning potential, the report stated.

Lack of support could even lead to women losing their jobs, particularly if they are in physical roles such as in the armed forces, it added.

The report's authors called for these taboos to be broken down and argued for greater recognition of conditions and parity alongside other workplace health issues. The research also encouraged dialogue among employers, policymakers and health professionals.


Karen Steadman, health, wellbeing and work lead at the Work Foundation, said: “Women’s reproductive and gynaecological health is replete with whispered conversations and euphemisms. It’s time we changed this.

“We all – managers, HR, health and occupational health professionals, policymakers, as well as individuals – need to recognise that these are long-term conditions and should be treated as such in policy and practice, including in terms of their impact on work.

“We need to improve our understanding of these conditions and their implications for work, recognising that the symptoms are more than just 'women’s issues' and have considerable implications for the workforce.“

“I particularly find that the symptoms and timing of the menopause can have a dramatic impact on women’s working lives. Menopause affects each woman differently, but the impact is not permanent and will usually pass after a period of time. The problem is that, when going through a difficult phase in their 50s, many women mistake menopause symptoms for signals that they are not good at their work anymore – and this drives them to give up. Once they have left the workplace they never come back.

“More support groups, more acceptance of this as a temporary issue, more training for line managers to understand the impacts, and greater understanding among women themselves would all help. If women are disadvantaged by their biology then they lose out, but so do the rest of us.”

I was so pleased to see this being brought into the open; I have lived with endometriosis for years and, no matter how skilled you may get at hiding the issue, life would be a lot better if it could be discussed and accommodated openly.