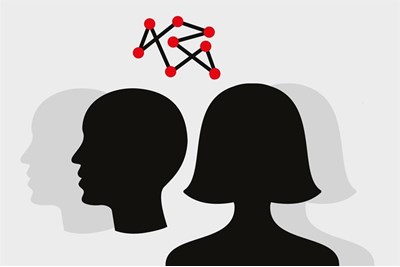 Excellent article; well done HRM. This isn't something I had ever previously considered happening in the work place but of course there's absolutely no reason why it couldn't happen and equally ...

Suicide has a huge impact, so employers must be able to recognise and support those at risk, and those left behind

In 2015 a graduate accountant at PwC died by suicide. It was, says Sarah Churchman, PwC’s head of diversity, inclusion and wellbeing, “the most horrific experience for everyone in the organisation. It made us realise we all have stuff going on in our lives and that we need to look out for each other more,” Churchman adds.

More than 4,800 suicides were registered in England in 2015: that means someone committed suicide every two hours. It is the biggest cause of death for men under 45 in the UK, and 75% of all suicides in England are male.

Given these statistics it’s likely many organisations will experience an employee suicide. And yet because of the stigma still attached to talking about mental health, discussing suicide remains “taboo”, according to Louise Aston, wellbeing director at Business in the Community (BITC). “It’s in a completely different league to mental health,” she adds. “Suicide can affect anyone. It doesn’t mean you’re a bad employer. It’s such a complex topic.”

That’s why BITC, in partnership with Public Health England, has produced the first ever suicide ‘postvention’ toolkit for employers, designed to support companies in their response to an employee suicide, either at work or outside the workplace. “Let’s talk about suicide,” Aston urges. “People are scared of talking about it but we need to.”

Patrick Watt, corporate director at Bupa UK, lost a team member to suicide last year. He agrees with Aston that businesses need to address this topic, however uncomfortable it might be. “[The suicide] had and still has a huge impact on us and I feel I have a responsibility to address the stigma around talking about suicide,” he reflects.

In the first instance, much comes down to how you address mental health more widely in the workplace. “The first step is open cultures where you can talk about mental health,” Aston says. “A lot of suicides are preventable if you can access the right support at the right time.”

“The workplace can be key to offering people a sense of purpose,” Watt points out. “It’s important for businesses to understand the signs of suicidal thoughts early on as part of a broader mental health offering.”

Training and support for line managers is critical as they can often be a first line of defence. Chris Train, chief executive at National Grid Gas Distribution, has been working with his health and wellbeing manager Andy Buxton to champion mental wellbeing for the past decade.

Ten years ago a young colleague committed suicide “in quite a public way”. “I found myself managing people having to deal with their grief and lack of understanding about why this had happened to a gregarious, well-liked and loving member of their team,” Train recalls. “It struck me that managers were looking for how to give support and worried about saying the wrong thing.”

Since then National Grid Gas Distribution has championed the Time to Talk campaign and rolled out mental first aid training. Buxton says nine in 10 of the company’s line managers see mental wellbeing as something they have to manage, but that a lower percentage are confident doing so. “For managers it’s accepting this is about a whole person, not just work or home [life],” says Train. “It’s a combination of factors.”

“People lead complicated lives and you don’t just leave your worries on the doorstep when you come to work – you are a whole person,” Aston adds. “We need a whole person and whole systems approach to mental health. There is no silver bullet.”

At PwC Churchman says the suicide triggered extensive work around “encouraging people to talk and to see talking as a sign of strength”. “This was such a shocking experience, we knew we had to do more on understanding mental health,” she adds. Like National Grid, PwC has trained its staff in mental health first aid. It has also appointed senior people as mental health advocates. “It’s about creating the environment where people feel they can talk and not be judged,” Churchman says. “In an organisation like ours, full of bright, high-achieving people, no-one wants to show a chink in the armour. So the fact people are coming out and telling their stories makes me think we are making progress.”

In the tragic event of a suicide many organisations will have to consider factors they may not have come across before. “You can’t just treat it as a death in service. It’s more complicated than that,” states Aston.

“You have to be so careful with what you communicate,” Churchman says. “The family didn’t even know [in the PwC case]… You have to do things in a very considered and respectful way.”

Watt speaks of the guilt those working closely with the deceased felt. “The team was hit hard,” he recalls. “We all asked ourselves if we should have seen this coming, done more. They were a close team and close teams act as a family at work. It caused a huge period of personal reflection and mourning.” To support the workforce on a practical level Bupa provided immediate crisis management support, with on-site counsellors and group talking sessions.

“I’d say having plans in place is essential,” Watt adds. “Having access to counsellors was crucial for us – through an EAP it is an on-demand service so you don’t pay in advance, but having it there will be invaluable. You need to think about the practical aftermath too. Who speaks to the family? How do you support the team? How do you process things like system updates, payroll, pensions? How do you notify their clients? You don’t think about the detail until it happens.” Seemingly small things, such as moving where people sit so they aren’t near a colleague’s now-empty desk, can make a big difference.

Employees will need time to grieve in a way that works for them. “Don’t underestimate the emotional toll it will take on you and your team, both immediately and ongoing,” Watt advises. “People genuinely need time to grieve.” Churchman adds: “People respond very differently; for some it was a far more emotional impact. They need different things.”

In the words of Train, “hopefully no-one [reading this] will come across this situation”. But if you do, being prepared is vital. And with incidents of mental ill health increasing across the UK – according to BITC 77% of employees have experienced symptoms of mental ill health at some point in their lives – addressing suicide is “something every responsible employer should think about”, Aston urges. “This is not about being a bad employer, it’s about risk assessment,” she says. “I really hope this will save some lives.”

The BITC Suicide Postvention Toolkit can be downloaded for free at http://wellbeing.bitc.org.uk/all-resources/toolkit...

Excellent article; well done HRM. This isn't something I had ever previously considered happening in the work place but of course there's absolutely no reason why it couldn't happen and equally there's no reason why we can't prepare as best we can for such a tragic eventuality.