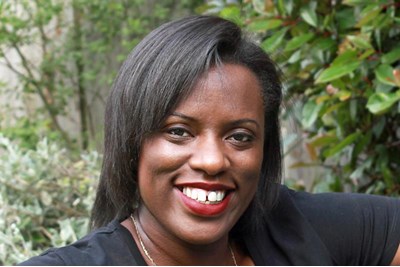 Thanks Beth for your comments. It's not easy absolutely, but you are so right. If we are genuinely interested in diversity and the opportunities it brings in a business sense then that's when we ...

“With a backdrop of uncertainty, employees need a hook and they want to know what makes a leader tick before they are prepared to invest their own time and emotions. It’s about purposeful leadership,” said Daniels.

According to Daniels, who is due to give a talk at the HRD Summit in 2018 on encouraging emotional connection and engagement, employees commonly look for something to connect them to their managers to help them feel part of a business. By being transparent and recognising people as individuals leaders will be more effective and build a more loyal and successful team.

“I think expectations have changed but traditional business leaders have perhaps not caught up with this so some are very much on the back foot,” she said.

Daniels explained that developing emotional connection and engagement in the workplace is particularly relevant in the sphere of diversity and inclusion but that far more needs to be done by business leadership teams to recognise this. “Diversity and inclusion are connected but they are two separate constructs.

“You can make sure you have a diverse business but if you don’t include them then it’s all a waste of time,” she said. “When it comes to diversity I think sometimes we focus on what I would call the ‘easy’ aspects like gender. Other aspects don’t get enough of a look in like age, disabilities or ethnic minorities,” she added.

Key to tackling diversity and inclusion is about challenging behaviours, how the board role models it and understanding that it’s not a target to be achieved but “something that should just be”, Daniels said.

“Diversity and inclusion is just about asking ‘what stops great people coming in and flourishing in our business?’

“Our job is to reduce the barriers of entry for talent. That’s what diversity and inclusion is for me, but I feel that so often it is missed because people focus on the moralistic aspects – that’s fine but it will only get you so far,” she added.

Daniels said that businesses need to focus on far more fundamental conversations but she believes that because “diversity makes people uncomfortable” they focus on easier conversations around gender rather than those around disabilities or ethnic minorities.

A key aspect that Daniels believes needs to change before businesses can move forward is the focus of the diversity and inclusion conversation across industry as a whole. “It needs to shift from constantly brow-beating HR with it to talking to the board, because at the moment I don’t think we are on the same page,” she asserted.

“There just isn’t the emphasis at board level, I think in many cases there isn’t the ownership at strategic levels and from a business point of view people are so worried about having certain conversations that they pass it over to HR so they don’t have to worry about it.”

Discussing recruitment and performance review techniques are aspects that require little emotional connection, according to Daniels, but opening conversations about individual differences means confronting prejudices, stereotypes and biases, which she believes is simply too tough for some.

“It requires confidence,” she stated. “It’s incredible the difference it makes when you have a senior leader who isn’t scared to tackle these things publicly and head on.”

I so agree that talking about diversity and inclusion openly is the first step. Objectivity is the ultimate goal, and no matter how hard you try to nix biases, they'll still creep in. The best way to be as objective as possible is to collaborate and use HR tech to reduce the probability of these biases swaying hiring decisions (source: http://bit.ly/2xgKg22). As you said, leaders need to be confident enough to address publicly how EXACTLY they are handling diversity in the workplace, rather than simply stating that they are diverse or meet some sort of "quota".

Thanks Beth for your comments. It's not easy absolutely, but you are so right. If we are genuinely interested in diversity and the opportunities it brings in a business sense then that's when we can start moving forward. It is in partnership with HR but it needs to be led by the business. The second anyone thinks it's a HR initiative, it's dead in the water.