Striking the balance: Time off vs business need 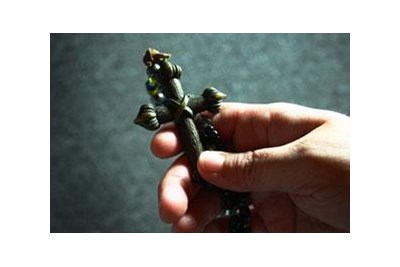 Accommodating requests for time off, particularly in a business that operates shift-like working patterns, can cause problems in the context of indirect discrimination.

Indirect discrimination occurs where an employer has in place a provision, criterion or practice that applies to all its employees, but which in reality has the effect of disadvantaging those with a protected characteristic recognised under the Equality Act 2010. Such discrimination will be unlawful unless the employer can show that the practice is objectively justifiable; in other words that it is a proportionate means of achieving a legitimate aim.

In the recent case of City of Oxford Bus Services v Harvey the employment appeal tribunal (EAT) considered whether an employer’s rejection of an employee’s request not to work at particular times for religious reasons amounted to indirect discrimination.

Harvey was a bus driver for the City of Oxford Bus Services. The company required all its drivers to work on either Saturday or Sunday. Harvey was a Seventh Day Adventist and to be able to observe the Sabbath requested not to work between sunset on Friday and sunset on Saturday. City of Oxford rejected Harvey’s request on the basis that it may lead to unrest among its workforce and business difficulties. Harvey claimed that City of Oxford had indirectly discriminated against him on the grounds of his religion.

As it was accepted that there was a disadvantage to Harvey and a legitimate aim on the part of City of Oxford, the EAT held that the key question was whether the practice in question was a proportionate means of achieving a legitimate aim. To answer this it was necessary to balance the legitimate aims of the business against the potentially discriminatory effects of the requirement across the workforce, rather than just its effects on Harvey. This question had not been correctly addressed at first instance so the case was remitted to the employment tribunal to determine, in light of this question, whether Harvey had been indirectly discriminated against.

This case highlights the challenges faced by employers in trying to balance requests for time off against business need. In particular it illustrates the necessity of looking at the potentially discriminatory application of the rule across the broader workforce and that it will not be sufficient only to consider the effect of the rule against potentially affected employees.

It is clear that there is an inherently difficult balance to strike in these situations and the way in which they are decided by employment tribunals will be very fact-specific. There are a number of similar scenarios that have been found to be unlawfully discriminatory. For example, in Williams-Drabble v Pathway Care Solutions a rota requiring an employee to work on Sundays was found to be indirectly discriminatory because Sunday was the only day her local church held a service, which she attended as a practising Christian.

To reduce their exposure to claims employers should review their policies and procedures to assess whether they have a potentially discriminatory impact on any employees and, if so, revise them appropriately to minimise such impact. They should also carefully document the business reasons behind any decision to reject an employee’s request for time off for reasons of religion or belief, as such documentation will often prove invaluable in a defence to a claim of indirect discrimination.

Emma Vennesson is counsel, Katherine Newman is an associate and Hans-Christian Mehrens is a trainee solicitor at Faegre Baker Daniels