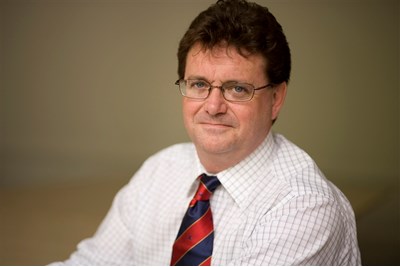 With a rapidly ageing workforce, health conditions such as dementia should not be a barrier to having a full, fulfilling and extended working life.

How does the prospect of working until you are 70 sound? Speaking to graduates recently as they took their first steps into the world of work, I was struck by how remote this prospect seemed to them. When you are 21 or 22 I guess concerns over getting a job, finding somewhere to live, and chipping away at student debts easily outweigh any thoughts of what you will be doing almost 50 years from now. My question was met with a shrug of resignation.

The ageing workforce here in the UK has been an immutable feature of the labour market since its demographic certainty became clear back in the 1980s. The numbers are familiar – one third of the workforce will be aged 50 or over by 2020 – but I am frequently reminded of the helplessness we often feel about doing anything to manage this change, despite the pleas to ‘get ready.’

But one clear priority is making sure that the growing number of older workers who also have health problems are given the help they need to keep working. Contrary to popular opinion, older workers do not have more sick days than their younger colleagues, but they sometimes have chronic health conditions that affect their functional capacity at work, or increase their risk of having to leave employment early.

Despite the fact that the over-65s are the fastest growing segment of the workforce, the numbers leaving work before state pension age – often for health reasons – are still significant. On average men leave the labour market earlier now than they did in the 1950s and 1960s. According to the Labour Force Survey, of the 7.2 million people aged 50 to 64 who are employed, 42% are living with a health condition or disability.

The Work Foundation recently published a white paper that looked at what government could do to help employers trying to manage an ageing workforce with a higher prevalence of chronic ill-health. In putting together this paper it was clear that one of the issues that causes most anxiety among employers is early-onset dementia.

But the idea that nothing can be done to support people living and working with this condition is being challenged. There are excellent examples of jobs being redesigned around the capabilities of people with dementia and the adoption of simple adjustments such as allocating ‘buddies’, increasing signage and labelling in workplaces to help people find places and resources, and adapting work hours to accommodate fluctuations in symptoms or to help manage the impact of medication.

In knowledge-based organisations the tacit skills and experience of older workers should be a major asset both to employers and the wider economy. While it remains largely an intangible asset it is clear that extending the productive working lives of older workers makes sense from both an economic and social perspective.

Dementia should not be a barrier to having a full, fulfilling and extended working life. Every business faces the challenge of capturing and building on the wisdom of its older workers before they retire, and ‘dementia-friendly’ workplaces need to become routine arenas within which we make this possible on a larger scale.