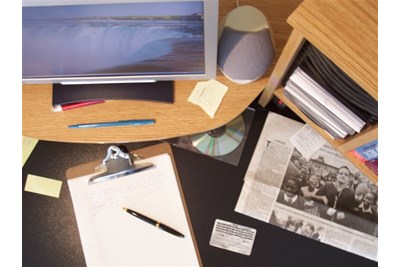 Over half of the UK’s mobile workers (54%) think blanket connectivity on the move would significantly shorten their working day, but don’t believe it would improve their work life balance, according to research carried out by Virgin Media Business.

It's survey of 2,000 directors found just 10% believe working less hours would improve the way they separate work and private lives.

By the end of 2012, 70% of the UK is expected to have a smart device reliant on mobile connectivity. Because of this trend, employees believe increased mobile coverage would provide a secure link to the office to help access emails more easily (79%) and deal with emergencies more quickly (46%), but don't think it would increase the likelihood of working from home more often (16%).

Tony Grace, COO of Virgin Media Business, said: "Mobile connections to the internet are getting better by the day. Commuters in London can now access WiFi under the streets of the city at multiple stations on the Underground network. In time, we'll be able to check-in at the office, social networking sites, or simply contact friends and family everywhere we go.

"As the lines between our work and personal devices blur, the temptation is to never switch off and constantly check emails or work on a document. Because of this 24 hour demand for data on the move, we've seen the amount of data consumed on our network jump to 765 billion individual bits of data being transferred every second. This has smashed the previous mark for the Virgin Media Business network by more than a quarter (27%).

"Even if we're shortening our working days by working on the move, it's actually creating a false economy if we're constantly fretting over our smartphone throughout the day and night. The key is getting the balance right and enjoying the reassurance that if we do need to read an important email or deal with an emergency on the move, then we can."