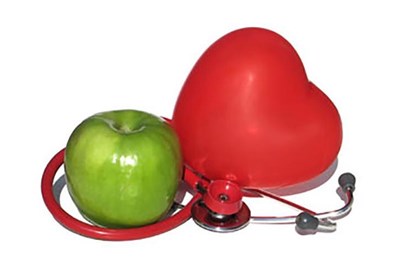 Access to digital healthcare services could help staff balance work and their wellbeing, but experts warn that ill health is often related to workplace stress and emphasise the importance of allowing people to attend in-person consultations

More than half of workers (52%) have had to cancel or change a medical appointment due to work commitments, according to research from AIG Life.

Its survey of more than 2,000 employees and self-employed workers also found that almost three-fifths (59%) feel guilty about attending doctor's appointments during work time as colleagues have to cover for them, with only 41% finding it easy to take time off for appointments.

However, staff don't blame their employers for this, the research found, with 72% saying their bosses are flexible about time off for appointments. Distance from their GP's surgery was cited as a major challenge, with almost half (45%) saying they regularly work a long way from their surgery and so find it almost impossible to get there during the working day.

According to NHS data, more than 15 million appointments with GPs, nurses, therapists and other practice staff are wasted each year due to people not turning up or cancelling at the last minute. This equates to around one in 20 of the total 307 million appointments.

Debbie Bolton, head of customer operations and chief underwriter at AIG Life, suggested that digital health services may help workers balance work and access to healthcare. “Services via a smartphone or tablet... can provide the support and important signposting [someone] needs without the need to add to the pressure on their own GP practice,” she said.

But Cary Cooper, professor of organisational psychology and health at Manchester Business School, University of Manchester, pointed out that ill health is often related to stress at work and cannot be accurately diagnosed by technology alone.

"Video calls will not solve the problem here, and this is a line that is increasingly being used by the government too in order to reduce waiting times and relieve pressure on the NHS," he told HR magazine.

"From speaking to doctors, we know that often people visit a doctor with a physical problem, but very often this can be due to a mental health issue or stress. A lot of the time people just need someone to talk to. If you're using AI or technology, you'll miss things like this,"

Cooper added that people prioritising work over medical appointments could be linked to a lack of job security. "I'm not surprised that people are saying that they don't blame their employer, but I think it's more complicated than that. Economic insecurity means that a lot of people are scared to death about losing their jobs, which means they'll be less likely to attend a doctor's appointment or do anything which will show up on their HR record," he said.

"Employers might not always outright discriminate against employees who do this, but they can make life difficult in more subtle ways. Ultimately, this comes down to presenteeism, and employers have got to tackle it."

Kate Palmer, associate director of advisory at Peninsula, said that employees are not entitled to take time off for medical appointments by law, but employers should be aware of the repercussions of not allowing them to do so.

"Allowing an employee time off work for dentist, doctor or hospital appointments is not a statutory right, although employers should note that time off for antenatal appointments are dealt with separately. Employers are not under a legal obligation to permit this and will only have to if they are specified within a contract of employment," she said.

"Employers are generally free to dictate to employees the process for attending such appointments; for example, it may be that the individual will be expected to make the time up later or take it as unpaid leave. While some companies may argue that medical appointments can be burdensome for the business, they should consider the implications of individuals choosing to avoid them."

She added that not allowing employees the flexibility to attend appointments could lead to health problems further down the line and claims of discrimination: "If an employee does not feel they can attend their medical appointments, they may miss out on treatment they require and potentially develop more severe health issues as a result. This could lead to problems with productivity and the individual potentially taking long periods away from work due to sickness.

"There is also the possibility that if staff feel they are unable to go to appointments, this could serve to indirectly discriminate against disabled employees, who may have a greater need to attend appointments due to their condition. This could potentially result in costly discrimination claims."