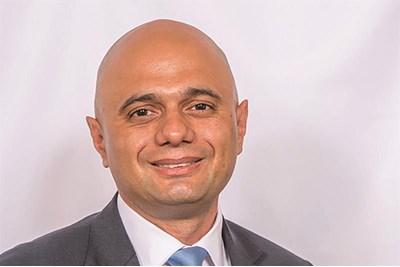 Large sums were promised for social care, teaching, policing and the NHS, but the reception has been lukewarm after a decade of cuts and austerity

Amid the recent Westminster turmoil it was easy to miss chancellor Sajid Javid’s Spending Review on 4 September. But public sector employers were hanging on his every word, hoping for a sign that the days of spending freezes and funding cuts were over.

When Javid stood up and proudly announced “an end to austerity”, it no doubt piqued their interest even more. But not everyone’s convinced that what followed made good on this promise.

In total the chancellor pledged a further £13.8 billion for public spending, the biggest increase for 15 years. However, it hasn’t gone unnoticed that there is likely to be a general election soon. So how much can employers really read into these figures?

According to Rebecca George, lead public sector partner at Deloitte UK, the Spending Review was “a necessary stop-gap to set out funding for the next financial year”.

“It gives reason to be optimistic,” she continues. “Nine years of austerity have left parts of the public sector very stretched, so a return to spending growth is a positive step. But beyond this, what causes greatest concern is sustainability and certainty. The government has committed to a more outcome-focused approach for the next Spending Review, which has enormous potential in prioritising how public money is spent.”

But even seemingly big wins, such as teachers’ starting salaries rising to £30,000 per year, were met with a lukewarm reception.

Kevin Courtney, joint general secretary of the National Education Union, calls the move “a major shift in government policy on school funding” that went “some way to closing the gap” on teachers’ pay. But he warns that it remains “significantly short of what is required.”

Javid also announced an extra £6.2 billion for day-to-day NHS spending next year. Following then-chancellor Philip Hammond pledging £20 billion (across five years) in his final Budget in 2018, it’s another significant funding boost. For staff there was a commitment of a £1,000 personal development budget (over three years) for every nurse, midwife and allied health professional.

But is this enough to keep our creaking health service and its workforce running smoothly and out of the hands of the private sector? Danny Mortimer, chief executive of NHS Employers, acknowledges the Spending Review as “a step in the right direction.”

“The budgets that weren’t covered in last year’s spending commitment now see a level of increase in line with other public services,” he says. “Our workforce budget and our capital budget are seeing an increase of about 3.5%, which is very welcome.”

He adds: “There was a specific announcement about postgraduate training investment in the NHS, which we’ve been requesting for some time. So that was positive.”

On the flip side Mortimer believes even more investment is needed to prop up a public sector playing catch-up after years of underfunding.

“There is a significant backlog of minimal investment, or even dis-investment, in many areas of public service budgets,” he continues.

“And this affects our working environments – the buildings we work in, the equipment we use and the technology we have access to. We’re 10 years behind where we should be. While it’s welcome that there’s a recognition that growth in the value of budgets is needed, we’ve got 10 years to recover from.”

One area that especially worries Mortimer, and many others, is social care. The £1.5 billion promised does not go anywhere near far enough, he believes.

“We desperately need a proper settlement and plan for social care in this country – particularly adult social care. And this isn’t new; it’s been a failing of several successive governments,” Mortimer says. “That’s an outstanding issue and it does affect the work we do. Ultimately it’s a political failing.”

Just as NHS employers are fretting about social care provision, the social workers tasked with delivering it are also dangerously stretched, according to Gill Archer, Unison national officer for local government. She says a lack of funding means staff often first meet families “at breaking point” because of the lack of preventative work being done.

“As demand for urgent child protection services has increased councils are forced to divert money away from services that support children and families earlier,” she says. “These include the non-statutory and discretionary budgets that [fund] valuable early intervention and prevention support that can stop children and families reaching crisis point.”

Another key announcement was a commitment of £750 million to recruit 20,000 additional police officers next year. However, many have pointed out this simply reverses the cuts to the force made by this government.

Sue Evans, director of Sevans Refreshing People, and former head of HR and OD at Warwickshire County Council, believes that there are other ways to address crime – ways that the government seems to be ignoring.

“Local authorities are down to the bone in some places,” she explains. “And you will see a withdrawal of some essential services. Even given this spending round, we’re still 23% down in real-terms funding compared to 2010. That’s got to have a knock-on effect somewhere. So now we are seeing increases in neighbourhood violence, along with a reduction in preventative work that stops that, because councils aren’t able to invest.”

More generally, Evans is concerned about how a lack of long-term funding commitments will make it harder for local authorities to retain staff, and the consequences this will have on services.

She says: “Before this year many local authorities haven’t been able to give their staff a pay rise for a while, even in line with inflation. So you’ve got people who are struggling to survive on their salary and will start to look elsewhere.”

Given the fast-moving events in Westminster at the moment, and parliament not even sitting at the time of writing, it is perhaps understandable that Javid was not able to give public sector employers the long-term mechanisms for operating sustainably that they so desperately crave.

But when the dust finally settles on our current political situation, whoever finds themselves in power may have to go a lot further than the measures announced here to satisfy those who run vital public services across the country.