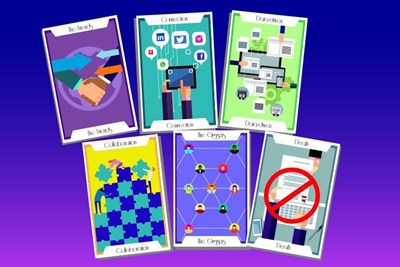 Internal recruitment functions are too reactive, removed from business leadership and failing to build capacity for the future. Is it time for a new breed of recruiter to step forwards?

‘If you want to sit at the table, you’ve got to bring a chair.’ For years this (or words to this effect) have been the somewhat blunt rebuttal wannabe boardroom HR directors have either had to take on the chin, or do something about. The challenge was clear: don’t just expect your seat; if you want in, you’ve got to bring something of substance with you.

Here’s the rub though. While the good news is that this message has finally sunk in – with the HR function now credibly present in many organisations – gazes are inevitably starting to shift elsewhere. And top of the pile, it seems, is recruitment – and for a very good reason: “There really is just one task that organisations have to get right to future-proof themselves,” argues Jozsef Blasko, Coca-Cola’s HR director (central and Eastern Europe).

“It’s called capability-building. The big problem is few do it, because most have a recruitment function that simply hires for fit [ie, current needs] rather than what they’ll need for the near future.”

He adds: “Internal recruitment functions are poor at building capability – they simply don’t do it. It’s occasionally done at a business-unit level, but it’s hardly ever done at an organisational one – yet it should be future business goals that determine the talent acquisition roadmap.”

Research substantiates this view. Data from the Corporate Research Forum (CRF) among 231 heads of resourcing/talent acquisition finds that 45% of recruitment is reactive in nature, while only 23% is planned. The function simply isn’t stepping up and becoming the much-needed, forward-looking expert that CEOs want it to be. Nor is it positioning itself as the strategic partner able do it.

“Many recruiters we meet come across as only able to put one foot in front of the other; heads down, and not about strategy,” argues Tom Price-Daniel, CCO at recruitment AI software provider Headstart.

Alex Cresswell, EMEA MD of traits-based recruitment company Pymetrics, adds: “At a recent resourcing leaders’ summit, pretty much the only question was why isn’t resourcing able to position itself as more strategic? No-one really knew the answer, save for a general feeling that they simply weren’t plugged in to either the HR leadership or business leadership.”

Perhaps it’s because statistics about existing recruitment success don’t exactly make good reading. With data to show a third of new hires quit within six months, strike-rates are not good, and they only exacerbate the need to spend more time hiring to stand still, rather than hiring to grow. “Recruitment doesn’t have a seat [at the table], because it often presents itself as a solution at a point in time, rather than as a strategic constant,” argues Adam White, COO of Winter Circle – a network for executive-level talent to find and connect with each other.

“Until there’s a trigger, like sudden growth, recruitment is just not on CEOs’ radars.” He adds: “Recruitment needs to get better at positioning strategic resourcing as an ongoing concern.”

Cresswell proposes a completely rebranded function with direct reporting to the board. “Philips, the electronics giant, has this – what it calls a talent analytics function – solely translating business goals into talent acquisition. Usually there’s only an appetite for recruitment to be a strategic conversation when the CEO has an explicit need for it too. This is when recruiters are in their element. However, this is a problem because in these situations, it’s business leadership that’s talking the recruiters’ language. What really needs to happen is the reverse: recruiters need to speak the business leaders’ language. That’s when strategic talent acquisition becomes the norm.”

It is a concept that has growing support. “It’s via HRDs that talent conversations tend to get to the board,” observes Colin Morley, professional services director at recruitment consultancy Harvey Nash. “But we feel talent needs to be a separate business unit, where proper ownership of the availability of talent and the cost of it has specific responsibility. At the moment no-one seems to take responsibility for talent.”

He adds: “I’d go so far as saying talent acquisition needs to be taken out of HR. It can no longer have a transactional relationship with HR; it needs its own voice.”

According to Morley, a properly resourced, separated talent unit will ask the tough questions firms need to face. “Recruiters need a platform to say if you’re only paying £X, we’ll only be recruiting at Y-level, and so we either need to pay more, or put development plans in to develop our own population, or hire externally.”

Of course, many strategic recruitment needs are very specific. At British Transport Police, part of its business strategy is recruiting more ethnic minorities. Its strategic resourcing manager, Ashninder Malhi, accepts that even though this aim is prominent, it is still hard for internal recruitment to be visible.

He says: “Visibility ultimately requires culture change to a more open and transparent culture – something which isn’t always as easy as it sounds. It can also be tricky to admit that you need to look outside of your normal methods to meet business challenges.”

Adapt he has though, having recently begun working with provider Oleeo. It is one of a growing number of new technology platform providers and claims to be able to boost the sources of hard-to-find talent by 50% using technology to look at where most of a business’s successful hires came from, and modelling against these profiles to find new pools of people to target.

Says Malhi: “Using this tool we’re able to confidently source more talent from within specialist communities rather than being reliant on traditional advertising in national newspapers and on transport.” He adds: “We now find people who are from backgrounds that do not normally relate with being in the police force, and it now means 280 (9%) of our police officers, 45 (14%) of our special officers, 46 (17%) of PCSOs and 352 (23%) of police staff are now from ethnic minorities.”

Charles Hipps, Oleeo’s CEO, says tools like these give recruiters the “ability they need to make leaps of faith” – ones they might not otherwise have been able to do before. He argues they have more demonstrable return on investment. But for many, this is a prescient point. Winter Circle’s White, formerly an HR director (global technology and operations recruitment) at Barclays, argues it is not just the function that needs to change and evolve, but the types of people who enter it as well – and he is not sure the function has the right types of people to do this new level of work.

“Organisational mapping, forward planning, predictive hiring – these are skills that require a change in the type of person doing recruitment as much as anything else,” he says. “It requires an element of ‘hedging’ around what future hires might look like. This means being bold, but being able to explain algorithms.”

Cresswell says: “Those who are able to translate data into insight and then insight into action are currently quite atypical of those who tend to go into recruitment. For most, recruitment is regarded as a business project profession rather than a strategic activity, and it doesn’t attract the talent that’s needed to step it on from this.”

One solution could be adopting more of a Scrum approach, comprising a type of management framework that is used to implement agile development. Renata Lerch, acting team CEO of certification body Scrum Alliance, argues Scrum has the benefit of giving recruiters the ability to adapt and then propose strategic thinking. “Hiring needs to become more opportunistic,” she says. “If recruiters thought in a Scrum way, they would have the tools to rally the CEO to make budget available for just this. Why? Because they can show it connects to the long-term vision of the business.”

She adds: “We have to remember, agility is just a mindset. Businesses then need a framework for delivering it. Too often recruiters defer to hiring for job titles, and moving them down an established candidate application process. They basically back down, and let a process take over. This isn’t strategic hiring.”

The big question, of course, is whether the evolution can occur, or whether there is any real appetite to change. Some say the function has no choice. “At the moment there’s a ‘strategy gap’ between what companies need from recruitment, and what they get,” says Coca-Cola’s Blasko. Closing it won’t be easy, he says, as future-hiring in the present involves recruiting people in, and trying to embed them into the business before that company is strategically or culturally ready for them. “We’ve had experience of this ourselves when we announced our total beverage [rather than just fizzy-drinks] strategy,” he says. “We hired ahead of time, and from outside our normal circle, and sure, it created problems at first.”

There will be other issues to overcome. Blasko says he doesn’t support the idea of hiving off recruitment into yet another silo. But one thing is certain. The alternative of not changing could be far worse than carrying on as normal. “Recruiters need to, and have the ability to, cut their own cloth,” says Headstart’s Price-Daniel. Maybe the time has come for recruiters to have a change of clothes.