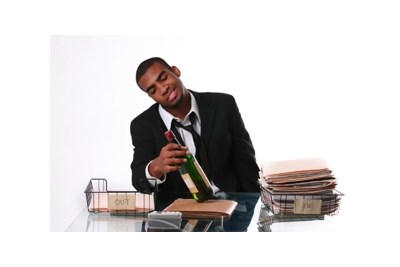 Law firm Blake Lapthorn has conducted a survey into the impact on businesses of social media, drugs and alcohol. The survey, which received responses from 274 organisations, looks at these three areas where there are concerns around whether or not the demarcation between work life and private life has become uncertain.

Analysis of the survey findings

The percentage (41%) of organisations that do not have a social media policy is much higher than had been anticipated, particularly in view of the fact that so many (24%) have had to take disciplinary action. Organisations will introduce policies as they come to appreciate the legal protection they give in relation to Employment Tribunal claims, data protection, confidentiality and protection of commercial assets, such as client contacts and reputation.

There is no core set of items to be included regarding the content of policies. Standard templates for these policies will emerge over the next year, but those will depend to some extent on the type of organisation. Only organisations with the tightest housekeeping are going to be able to keep their templates current with developments in social media. Organisations have a lot to balance; it is not just a matter of protecting the business from unrealistic employee expectations. IT departments have a big stake in ensuring the proper management of business systems and the policy content may reflect whether there is bias towards IT or HR.

Stories about employees having their privacy invaded and private life scrutinised have been relatively common in the media. The survey results show that the vast majority of organisations do not monitor in this way. As more people post their lives on social media, it is inevitable that current and past work colleagues will be internet friends with a window into personal lives. Problems arise when work friendships break down or a colleague of equal status is promoted or has a change of responsibility. There has always been tension around the demarcation of personal and professional relationships, but new technology is giving it a heightened relevance. It will be interesting to see how the internet generation deal with this perennial problem.

Some 78% of organisations do not provide any training for their staff on the use of social media, which is intriguing. Without training it is difficult to ensure businesses are being promoted in the way they would choose through social media and in particular through professional networking sites. This also creates problems about whether it is fair to discipline employees for inappropriate use if they have not received training about that. Given that one of the first things a judge in an employment tribunal will ask about is the policy and training records, the majority of organisations are taking a high risk by not providing relevant training to their employees.

UK employers are reluctant to get involved in what their employees do in their personal lives and the majority did not see the use of social media outside work as having an adverse impact on this. The majority felt that if it did have an impact then they would be able to take the necessary measures to deal with that.

The vast majority (92%) of organisations do not operate drug and alcohol testing. Feedback from such organisations about the reason for this is that they do not see the use of drugs and alcohol as an issue for them. In addition, respondents felt the negatives outweigh the benefits of testing.

Therefore, it was an unexpected survey finding that nearly two-thirds think that alcohol use outside work affects their employees at work and over a half feel that drug use outside work has an impact on their employees at work. The majority of organisations are well aware that measures can be taken to deal with the conduct, yet only a third have taken disciplinary action for alcohol issues (against two-thirds who see it as an issue) and disciplinary action for drug use has been taken by only a sixth of organisations (against half who see it as an issue).

Despite the concerns raised by respondents about the impact of the use of drugs and alcohol by employees on their businesses, only 13% provide drug and alcohol awareness training.

The majority of the organisations who do test for drug and alcohol use are not just using the results to invoke disciplinary procedures that may lead to dismissal. All said they would offer help and support, and some employers are even prepared to pay for the employee to undergo treatment. However, of those organisations that do operate drug and alcohol testing, those with policies are in the minority, at 36%.

What stands out from the findings is the lack of adequate policies and training that a large percentage of organisations have in place to deal with the use of social media, drug and alcohol usage (inside and outside the workplace). This leaves such businesses extremely vulnerable and open to claims of, for example, negligence, discrimination, unfair dismissal and breach of health and safety regulations.

It is relatively easy to introduce appropriate policies and procedures, and to train staff on how to implement those including how to deal with the use of social media, drugs and alcohol when it affects the workplace. This will help provide organisations with the protection they need.