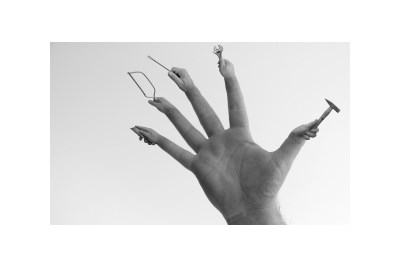 According to Siemens UK and Northern Europe HR director Toby Peyton-Jones, for small businesses the skills crisis is “the elephant in the room”.

“They just haven’t got the bandwidth to get involved with this agenda,” he says. In his view, there are two approaches to making it easier for SMEs.

The first is by linking skills and employment policy to regional strategy and framing it as “a local activity”.

“Scotland is different to Liverpool, which is different to south-east London,” he adds. “We need to look at the resources a region has and develop something based on that. We need to take a regional approach, and the current devolution debate is timely.”

The second approach Peyton-Jones mentions is for big business to help the smaller businesses in its supply chains, something that is also advocated by BAE Systems MD Nigel Whitehead.

“I have the luxury of taking a long-term view, but a lot of SMEs will be worried about how they get through the week,” he says. “It’s incumbent on large organisations to create environments for suppliers to be able to think about the long term.”

Will Butler-Adams, MD of bicycle manufacturer Brompton, which has 230 employees, recommends networking with other businesses. “We regularly take our teams on trips to other businesses,” he says.

“It’s not as formal as a class, and it’s a fun and powerful way to improve performance. It creates an atmosphere of learning, rather than sending someone to do a course.”

For smaller businesses, he believes it’s about having a vision and encouraging staff to take responsibility for their own development.

“It’s not about ticking a box or doing 25 days of training,” he says. “You often get the government pushing some training thing and don’t necessarily feel the upside. The training has to be about up-skilling to deliver for the business.”

For Brompton, the “car crash” skills shortage, as Butler-Adams refers to it, is qualified engineers with technical skills. “They’ve all been sucked into companies like JLR and Dyson,” he says, adding that, as a smaller business, Brompton simply can’t compete on pay.

He would like to see more flexibility around migrant workers, and encouraging younger Brits into engineering at an early age. “We need more flexibility in letting people in from abroad while we sort out our talent pipeline internally,” he adds.