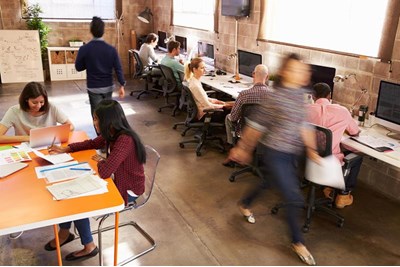 Elegant and good article. I would love to know more about the specifics of team size. Thanks!

Its first finding was that smaller teams foster a more collaborative environment, based on situational judgement tests from 4,500 employees around the world.

Yet Tony Manwani, co-founder and director of professional training provider PeopleUnboxed, said this may not reflect the potential for productivity.

He said: “While it may be accurate that smaller teams typically perform better, the greater potential for performance lies within larger teams – it just isn’t harnessed often enough.

"It’s certainly easier for small teams to function consistently at an acceptable level as there are less cogs to manage, but from my experience nothing can beat the creativity and productivity of a high-performing larger team.”

Kaplan also found that teams connected outside of their department reportedly perform better than those that aren’t, with teams that work in silos performing ‘significantly worse’ in commercial decision-making relating to company strategy, mission and aims.

Third, though deemed mostly psychological, effective practice also improved based on an individual's proximity to commercial decision-making, a point that Tom Cassidy, head of executive coaching at Working Voices, agreed with.

“We would agree that decision-making becomes easier when the team feels close to the frontline of the business: understands key goals, clients and strategic vision,” said Cassidy. “Therefore it is vital that these things are well described by leaders and clearly expressed to the individual teams involved.”

Fourth, the report revealed that individuals and teams with ‘skin in the game' do better.

In order to stem internal competition in this respect, Kaplan advised that incentives are managed carefully.

And finally, though counterintuitive, cross-functional teams were found to perform better than more specialist groups as in, for example, finance.

For Stewart, the data suggested that greater diversity should be introduced to the decision-making process.

“We might also think more about the physical environment that teams work in – we know that isolated teams do far worse than connected teams,” he said.

“So can we connect such a team to the wider business, and could we create professional networks that connect teams?”

Cassidy added: “The findings of the Kaplan study reflect some intuitive sense, but are also somewhat contradictory. They therefore present challenges that can be overcome by good leadership, communication and culture.

“For example, if smaller teams are better than larger teams yet cross-functional teams and diversity are important, then this raises a question. What is the right number in a team to achieve breadth of specialism and diversity in opinions, without making it too large and cumbersome?

“Whether they are specialised or generalised, teams don’t automatically help each other out.

"We see that companies with good-quality communication channels, engaged and participative leaders, and cultures where everyone wins through collaboration, are best placed to embrace all five of Kaplan’s findings."

Situational judgement for Kaplan’s analysis was conducted by presenting test employees with recognisable workplace situations and asking them to make judgements based on ambiguous or incomplete information.

Doing this, Stewart asserted, allowed the team “to best simulate the real-life conditions of decision-making".

Elegant and good article. I would love to know more about the specifics of team size. Thanks!