Sixth formers are 'ambitious and entrepreneurial' but only a quarter get to visit employers, finds City & Guilds 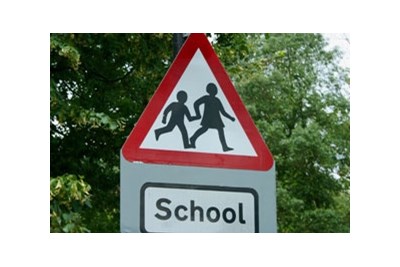 Almost nine in 10 16-18 year olds said that a visit to an employer was "extremely useful" to them, yet only a quarter of learners have been given this opportunity, according to research published by City & Guilds this morning.

With 22.2% of 16-24 year olds unemployed young people want better access to employers to help bridge the gap between education and work.

Work experience placements are more common, but the research highlights that irrelevant and poor quality placements being offered in schools are not equipping young people for meaningful employment.

The findings were announced at a parliamentary reception hosted by City & Guilds CEO and Director General Chris Jones last night. The reception brought together over 100 politicians, businesses and education stakeholders to call for collective support to tackle youth unemployment.

As the latest jobless figures show more than one million young people are out of work, City & Guilds has urged the Government to adopt a more cohesive strategy to boost employment that recognises and responds to the needs of young people.

City & Guilds' CEO and director general Chris Jones called for the creation of an All-Party Parliamentary Group (APPG) to get to grips with the root causes of youth unemployment. The APPG already has the backing of David Milliband MP.

The findings of the Ways Into Work report show that strengthening the links between education and employment will be central to tackling youth unemployment and will provide the foundation for the APPG's work.

Chris Jones, CEO and director general of City & Guilds said: "Our research has gone some way towards identifying the gaps between education and employment; now we have to plan how we are going to close those gaps and stop our young people from slipping through the system. We are calling for an All-Party Parliamentary Group to bring together key stakeholders across education, business and the Government to tackle this problem - working together, to get young people working. We believe more needs to be done to ensure young people get the advice and experience they deserve and we believe we are ideally placed to help realise this goal."

It also revealed young people today are "ambitious and entrepreneurial" with almost half (49%) of 16 - 18 year olds saying they would one day like to run their own business.

However, pessimism among those approaching employment age increases, with 23% of 16-18 year olds worrying about not being able to find a job when they leave school or college and 63% citing finances as a concern.

Stephen Howard, CEO of Business in the Community, said:" City & Guilds' call for an All-Party Parliamentary Group is a move that BITC fully supports. Through our own 'Work Inspiration' campaign, we are supporting businesses to reduce the gap between young people's expectations of work and what business expects of new recruits. It is very important to bring businesses and young people closer, so that together we can tackle the issue of youth unemployment. Enthusing young people about the exciting possibilities of the world of work is vital for our future workforce and UK competitiveness, and businesses will benefit from attracting new talent from every possible source."