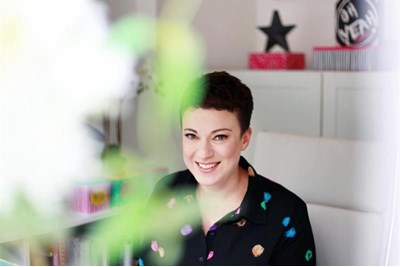 Finer is very perceptive and absolutely right. Shyness needs to be recognised as an inclusion issue for diversity.

There should be far greater awareness of shyness in the workplace and it should be treated as a D&I issue, according to coach, author and speaker Nadia Finer

Finer's experiences of being shy spurred her to start her own website, Shy & Mighty, and a podcast in which she interviews other shy people to show they can be successful.

Speaking to HR magazine, Finer described struggling throughout her education and career due to having a shy disposition. “It started for me in the language lab at school. I had to listen back to a recording of my voice. I honestly didn’t recognise myself, I thought I sounded like a little kid. I was mortified – and made a decision to hide myself away as much as possible and not speak up in public,” she said.

"I didn’t put my hand up in class, I didn’t ask questions, and I definitely avoided anything like public speaking."

Her shyness posed even more of a challenge when she entered the workplace, she said. “When I got my first job as a graduate, things became harder. I was told that I needed to raise my profile, but I had no idea how to do that," she said.

"It felt unfair – I knew I had always been brilliant at languages. If I was getting on with my work and doing a good job, wasn’t that enough? Why did I have to shout about it?”

Some of Finer’s employers were even harsher: “One of my bosses told me that I should go to elocution lessons because he thought I sounded too young."

Part of the issue is that there are very few shy role models in the public eye, she said: “I went to an event at Chelsea Football Club, and all of the speakers were very loud and very confident. I thought it was a shame, because shy people can still excel, but you never get to see that side of success.”

Finer explained that shyness is stigmatised and viewed as a negative trait, while its strengths are seldom discussed.

“In the past people have just shouted at me not to be shy. Obviously that’s not going to be helpful," she said.

"There are a lot of strengths to being shy and it’s not something that has to be fixed. People who are shy often have a softer approach and tend to be great listeners and observers. It means people trust them, so they can be excellent counsellors, researchers and consultants.”

With this in mind, Finer believes that shyness should be treated as a diversity and inclusion issue and that employers can do much more to support and progress shy people at work: “I describe my tools as 'shycology'. Firstly, I think there needs to be greater awareness of shyness. It’s not about being lazy or unfriendly. If you can understand it, you can start to see that it’s really about feeling afraid or feeling anxious.”

Her second piece of advice is to give employees a sense of purpose: “There’s a myth that shy people are just wrapped up in themselves, but that’s not true. They just find it harder to switch off their own thoughts and worries. Allowing them to see the bigger picture and letting them know that what they are doing is important and worthwhile and can really help.”

Other steps include adjusting meetings so that people can give their thoughts beforehand rather than in public.

Finer added that mentoring could also be beneficial: "Action is key. If you can not only recognise shyness but take steps to encourage people, they can absolutely flourish and be even better."

Finer is very perceptive and absolutely right. Shyness needs to be recognised as an inclusion issue for diversity.