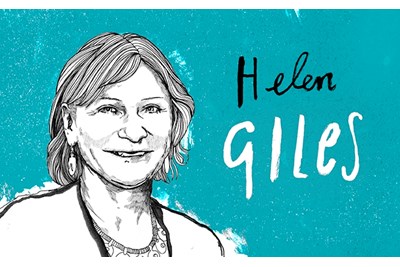 One upon a time, there was something called Personnel, which concerned itself with boring but essential administrative matters. But then new laws were passed to protect employees who speak up about ...

Following reports of what Lucy Adams has had to say about her role as HR director in the BBC executive pay-offs imbroglio, there is much debate around at the moment about whether HR should fulfil the role of moral conscience of an organisation.

This is of course not the first time this notion has been mooted. At the time of the banking crisis it was suggested that HR directors should have taken responsibility for challenging those at the top on their high risk and unethical practices. In fact, the CIPD even went as far as to embed this expectation in their competency framework for HR practitioners as ‘courage to challenge’.

A number of things about this sit ill with me. It’s the role of a board to ensure that they appoint a CEO with integrity, robustly tested during the selection process, and then for the CEO to ensure that people with the right values and behaviours are appointed from top to bottom. The role of HR is certainly to champion this approach and provide the frameworks, processes and tools to enable it to happen.

It’s also the role of boards and CEOs to establish sound risk management protocols, which will include promotion of whistleblowing avenues and the active encouragement of their use by employees at all levels where they have any concerns about potential malpractice.

These are some of the ways in which a culture of integrity is promoted, and it is the role of the whole leadership team to nurture that. Where this is the case, although any selection process is bound to let in the odd bad apple, there will be a strong alliance between the rest of the top team to confront deviant behaviours from any individual as they emerge, and no lone challenger is out on a limb.

Anyone who has worked in a senior role in HR for any length of time knows that when the rot is set in at the top, no HR director, however skilled and influential, can get any traction.   More familiar than out-and-out corrupt practice is the failure of CEOs and other directors to buy into and model good leadership and line management practice for the organisation.

An individual HR director who wants to make a difference can only spend so long bashing their head against a brick wall before they realise that the only viable course of action is to jump ship. If a CEO is set upon a course of action, or inaction, and there is no accountability to or challenge from the board their behaviour, nothing the HR director says will make any difference other than to put themselves in the firing line for bullying, marginalisation and ultimately the loss of their job and livelihood.

There’s been a long and honourable tradition of the HR profession trying to seek out some kind of unique calling for itself, of which moral guardian of the company is just the latest. Previously we’ve had welfare department, diversity and corporate social responsibility champion, driver of employee engagement. In my view, HR should be doing everything it can to resist assuming these mantles, and to push for their mainstreaming so that everyone at the top takes shared responsibility for things that need to be ingrained into the organisational DNA.

It’s true that HR directors – along with operations, finance and marketing directors - should speak up and question things when they believe that certain behaviours are detrimental to the company or would be highly questionable if a tabloid got wind of them. But if all they meet is resistance and pushback, it’s expecting someone to be superhuman to keep banging away at it – tantamount to putting one’s head in a lion’s cage.

HR people should be values-driven, business-oriented professionals, not superheroes.

One upon a time, there was something called Personnel, which concerned itself with boring but essential administrative matters. But then new laws were passed to protect employees who speak up about wrongdoing. Personnel reinvented itself as Human Resources and quickly ingratiated itself with the fat cats by devising crafty ways to outflank the public interest disclosure laws. HR now exists to promote corruption at the top and to persecute honest workers on the shop floor. The most sacred duty of an HR official is to ensure that upwardly directed misconduct allegations are silenced. HR officials are therefore recruited for their empathy with Adolf Eichmann and for their buy-in to the banality of evil. P.S. If this comment is rejected, I'm proved right.

Oh yes! This is a very challenging area for many HR professionals. We are caught between the selfishness v conscientiousness! As such our fraternity find it difficult to have a say in many major decisions of business and if we have to put our neck in the block to ensure fairness and transparency in the business processes, we need to really have the guts to do this and face the consequences!!