Should employers implement pay transparency in the workplace? 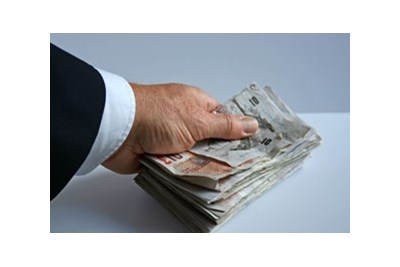 Last week, Channel 4 asked Pimlico Plumbers to repeat a 50 year old experiment requiring staff to reveal how much they earned in front of peers.

Headlines in recent times have brought to our attention the drive in certain sectors to improve and reduce bias in the way pay is awarded. Particularly affected are those people who are the highest earners in large companies in Europe and the UK, many of whom work for financial services businesses, and have already introduced procedures and policy to deal with industry standard remuneration codes.

Pimlico Plumbers took a risk in asking each employee to reveal exactly how much they earn. Reward practitioners are unlikely to be following this example, although many will be reviewing their pay arrangements to see if they are equitable and could be made to be transparent, supporting business aims and engaging employees.

In most cases, pay transparency is considered best practice. Employees who know and understand how their pay is set and can see that they are fairly paid compared with their colleagues are more likely to be engaged and perform better. But while the public sector has taken this path to address substantial gender pay gaps, only a selection of private companies has made moves towards truly transparent pay arrangements.

Amongst the biggest reasons why private companies are hesitant about making pay arrangements more transparent are the state of decay of the pay structure or complete lack of any underlying pay structure to underpin pay decisions. Consequently pay levels are a random arrangement, developed on an ad hoc basis over time for what may appear to be good reasons, such as overpaying to prevent a staff member from leaving or paying a higher salary to a new recruit for a similar role. Such disparities impact staff morale and motivation as people find they are paid less than colleagues for doing the same job. Others may feel undervalued compared to colleagues in other departments. And without a pay structure in place, managers find it difficult to manage expectations, justify the differences and treat people consistently.

But that doesn't mean pay transparency should be avoided. In fact, it is essential to address these issues and encourage greater transparency in order to improve levels of engagement and to be able to maximise the return from the pay bill. If a company implements and communicates a comprehensive pay policy, they will be basing salaries and remuneration on principles that every employee understands. It's fine to have different levels of pay across the company as long as you can justify it fairly, for example through role proficiency levels. Companies can still and should use variable pay, such as individual or team bonuses to incentivise staff, without undermining a consistent approach to basic pay and benefits.

Secondly, as pay is often the biggest cost to a company, it is common sense to have a structure in place that manages that cost by setting boundaries; companies can avoid over paying for new employees by correctly aligning grades to the market price for jobs.

Thirdly, legislation is moving towards pay transparency and equality. The Equality Act 2010 outlawed pay secrecy so that companies could no longer forbid employees from talking about their salaries. Then in 'The Coalition: our programme for government', the government promised to promote equal pay and to implement a range of measures to end discrimination in the workplace.

The Modern Workplaces Consultation published in May 2011 sought to update employment law to encourage a more fair approach to work. It asked private and voluntary sector employers to help specifically tackle the gender pay gap through greater transparency on pay and other issues.

Off the back of the consultation, the government has enabled strong action in the cases where employers have been shown to have breached the law. Lynne Featherstone, current equalities minister, recently announced that companies found guilty of sex discrimination on pay by an employment tribunal will be forced to conduct a gender pay audit.

Companies that know their system cannot stand up to reason should consider implementing a pay structure. Setting boundaries that employees understand not only promote a fair and happy culture within organisations but can help manage a significant cost to the business. It also means that should any complaints come your way, you are well positioned to justify your decisions.