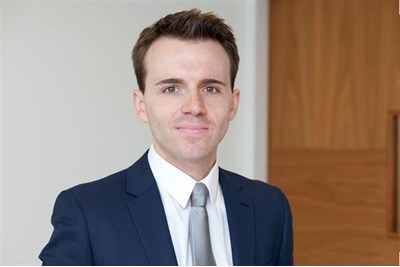 While there are many benefits to letting employees set their own pay, the potential legal pitfalls must be considered

How much do you think you are worth? Though this is a question employers have generally been reluctant to ask, and many employees may be reticent to answer, a number of businesses have hit headlines recently for allowing staff to set their own pay. Employers who have made the first steps in this direction have certainly attracted publicity; though not all of it has been positive.

The most apparent benefit of this policy is reducing levels of pay dissatisfaction. Given that only 46% of employees are satisfied that their salary is commensurate with their achievements and responsibilities (according to the CIPD’s 2019 UK Working Lives survey) this could be very helpful to improving staff satisfaction.

Another benefit is a boost to motivation and performance. Most of these policies ask employees to reckon with both their own performance and that of the wider organisation so they may serve to motivate and encourage personal investment in team goals.

This emergent trend is also consistent with tentative moves to empower employees to understand and challenge pay arrangements. We have gender pay gap reporting requirements, and earlier this year the government consulted on ethnicity pay gap reporting (with the outcome yet to be seen). In 2017 the government also published the Companies (Miscellaneous Reporting) Regulations, requiring certain quoted companies with more than 250 UK employees to report their CEO’s remuneration and that of employees at the 25th, 50th (median) and 75th pay percentiles. Those employers who invite their employees into the pay determination process might therefore be ahead of the curve, particularly if this involvement can be used as part of the explanation for pay reporting results.

However, these policies are not without risk, especially as the experiences reported so far have tended to come from a subset of mostly smaller employers in a handful of industries and there does not appear to have been any significant tribunal decisions on the practice.

From a legal perspective, one of the key questions is whether ‘set your own pay’ arrangements will provide adequate safeguards to people who are less inclined to ask for more or who undervalue their own contributions. If there is a correlation between the identity of these individuals and the presence of protected characteristics such as age, sex or race then there are potentially grounds for claims of indirect discrimination. In certain circumstances a policy that cedes some centralised control of pay may also cause issues with equal pay protection between the sexes. Should women be paid less for ‘equal work’ to men as a result, then this will be in breach of the implied obligation of pay equality unless the policy is justified as a proportionate means of meeting a legitimate aim.

Besides these complex legal issues, there are also very real employee relations challenges to address. Advertising for new recruits, for example, must be very carefully conducted to engender realistic expectations among hires and prevent existing employees from becoming disillusioned. There will be occasions when individuals are over-optimistic in their assessments of their personal contribution and may end up disappointed. To this end, it is perhaps worthwhile being precise about what exactly any increase is intended to represent and distinguishing inflationary increases from performance-related adjustments. The value of any contractual benefits also has to be considered and, if necessary, highlighted to the employee.

Ultimately, however, pay must also be determined by reference to commercial and business considerations. If these weigh too heavily in the conversation the idea of employees setting their own pay may appear contrived and generate more bad feeling than a more ‘honest’ practice of internal annual appraisal and pay-setting, accompanied by reasons.

Those employers who allow employees a hand in choosing their own salary may reap the benefits of the increased trust and confidence of their employees. Given the prevailing trend toward increased pay transparency some may consider this approach inevitable. Yet pay remains one of the most sensitive topics in the workplace and there is clear scope for mismanagement, error and dispute. Employers tempted to implement such a policy should think carefully, take advice and, perhaps most importantly, do their part to encourage openness and realistic expectations.

Daniel Parker is an employment solicitor at Winckworth Sherwood