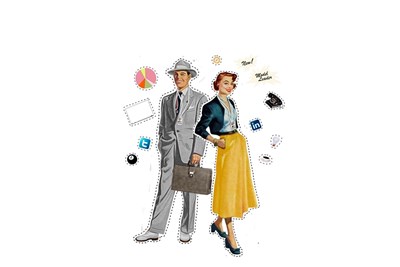 Business is broken, with engagement and trust at an all-time low. A radically different way of thinking and acting, which focuses on people as the source of value, is needed.

It’s widely acknowledged that there’s something seriously wrong with the dominant business model. The credit and banking crisis have been followed by a seemingly daily succession of scandals covering everything from mis-selling, to misleading quarterly accounts, to mis-labelled meat products.

Some shocking statistics also reveal that owners and employees of too many businesses are missing out as well. Average life expectancy of Fortune 500 companies has fallen from 75 to 15 years in the past 50 years. Global figures for engagement show that only 13% of employees are fully engaged, and only 25% of people are passionate about their work.

It’s widely assumed that not much can be done about this state of affairs beyond a bit more industry regulation. In fact, there is a wealth of experience and evidence that convincingly demonstrates that businesses can transform themselves in ways that improve performance as well as reputation, employee welfare and social responsibility.

Such a radically different approach, however, requires a very different way of thinking, being and acting, compared with the paradigm that’s held sway over the past two to three decades. From an HR point of view, however, the pleasing aspect is that the management and development of people becomes central. Indeed, this is perhaps the single most important insight of all the research into the issue: that people, instead of being regarded as just one of the resources of an enterprise, become properly recognised as the source of all value.

Recently many in business have become aware of the importance of employee engagement, and often carry out annual employee surveys, the approach is often limited or superficial. At best, this has a limited impact; at worst it can actually be confusing and counter-productive, with people treated as a valued member of the enterprise one day, only to be reduced to a disposable cost unit when planning the next reorganisation.

In my research, I have come to the conclusion that two of the main barriers to a lasting and effective leadership transformation are compartmentalisation – treating ‘the people side’ as separate from strategy and cost control – and command and control mindsets, which often persist after a nominal shift towards empowerment has been made. As I will describe, I have developed and tested models that effectively counteract these tendencies.

It’s often been observed that compartmentalisation into specialisms that were features of the 20th century corporation undermines teamwork across the enterprise by imposing rigid barriers between ‘silos’. This is made worse by the fact that one of the silos, the personnel or HR department, is responsible for the central asset that creates all the others – the people who make up the enterprise. This results in a limiting and unhelpful tendency to refer to people development – including even development of managers and leaders – as ‘the soft stuff’ or ‘the people side’. Ultimately, however, the people are all there is: they create and deploy all the assets and resources of the company. Their individual capabilities and teamwork are central to strategy development, cost control and efficiency, as well as innovation.

To counter compartmentalisation, I have developed a comprehensive approach that I have called the 6 Box Leadership Model (see below), in which people and processes are unified and managed as part of a single whole. Use of this model instils in business developers the discipline to attend to all aspects of a business – and how they interact with and support one another.

Three categories relate to people: Individuals, Relationships, and Culture. Three relate to organisational processes: Strategy, Systems, and Resources. Questionnaire-based analysis can reveal in rich depth the actual strengths and weaknesses in the organisation as a whole. This has been used as intelligence for transformational change across a business, lifting performance across the board in more than 20 small, medium and large organisations worldwide, both in the private and public sector.

Another problem with limited or partial attempts to boost people management comes from decentralisation of managerial functions, without a commensurate development of distributed leadership skills throughout the business. The firm may move away from a command and control structure, but not a command and control mindset. The result can be a tendency towards micro-management, mixed signals and much confusion among staff. Counteracting this requires work at the individual level as well as the enterprise level.

Lasting change comes from a combination of personal and organisational change, and understanding the interactions between them. I’ve demonstrated the links between organisational leadership and performance with a 5-Level Emergent Leadership Model (see below). This envisages five levels of employee commitment and engagement from Level 1 (apathetic, anti-social) to Level 5 (unbounded and inspirational).

A particularly significant change comes between Level 3 (orderly, command and control) to Level 4 (engaged, co-operative and inventive). This is where the chrysalis becomes a butterfly, and the enterprise really takes off. To sustain this, leaders have to be strong on emotional intelligence – capable of developing teams, listening well and communicating properly, able to harness the abilities and strengths of everyone, while maintaining a collective focus.

Organisations capable of ‘Level 4’ performance for sustained periods of time include firms such as WL Gore and Whole Foods, where empowering leadership is written into the company’s values and has to be lived by every manager. They have an impressive track record of above-average financial returns, sustained over many decades, as well as better employee welfare and social outcomes.

How to effect a ‘management shift’

Summarising the management shift, which encompasses the change I’ve set out in the two categories above, it is a change:

Effecting such change is not always easy. For a busy HR manager, it’s often about identifying partners and ‘champions’ in the business leadership and developing relationships with them to make the case for change. Committing to such internal politics can seem daunting and may be messy, but it’s often the way to build more lasting change.

The big breakthrough in recent years is that we can now comprehensively answer the charge: ‘But where’s the evidence?’ It turns out that the evidence is all on our side. For example, an analysis of the performance of Fortune’s ‘100 Best Companies to Work For’ where criteria used include trust, pride and camaraderie, reveals that between 1997 and 2011 these companies had three times higher stock market returns than S&P 500 companies.

Harvard Business School professors John Kotter and James Heskett showed in their book Corporate Culture and Performance that companies with strong and flexible business cultures, which take into consideration all stakeholders and have empowered managers, outperformed companies that did not exhibit these characteristics. They did so on revenue growth (682% versus 166%), share price increase (901% versus 74%), and net income increase (756% versus 1%). Because after all, it is all about people.