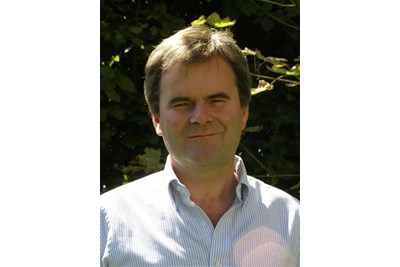 Psychological contracts start at the point at which an individual and an organisation begin their relationship.

Typically what happens is the individual is sold to by the organisation, is sold to by their future boss and the department and, ultimately, is sold the job. That whole process can take some time--sometimes months, often weeks. What the individual signs up to is not just the work but also the pay and benefits that go with it and so the rules of the game are what we expect: "This is how we do it round here", "these are the hours we expect you to work and the clothing we expect you to wear" and so on.

It is well trodden ground and the processes that everyone utilises here need to be quite mature. But what if we find we don't like it? On the one hand we have, for the individual, something akin to the FSA cooling off period. This may result in an employee not coming back, often because they're unhappy, they can't do it or they just decide they don't want it. And on the other hand the organisation has its own probation period during which, as an employer, it sets the standards that it requires from its employees. These expectations can be tough or light depending on the employer.

Again the processes just described are quite mature and well accepted. Then what happens is that the employee and the organisation go off on an employment journey that can last for a short or for years. The experiences during that journey together can be good but not great, sometimes less good or, if not done right, awful. The psychological contract during this period might be changing for good or ill on quite a regular basis. If you work for one employer for a long time, the chances are you will have many bosses. The chances are you'll change role quite often too and in these changes trying to provide a healthy psychological contract at a time of "recontracting" is fundamental to all parties.

What happens to many of us with increasing frequency is the looming cloud of organisational change, namely the requirement to downsize, which leads to redundancy and job losses. The psychological contract comes under direct attack as employers fail to support those affected by such restructuring. And in the case of downsizing, everybody is affected. But most of the attention is usually on those who are let go. Yet it is well known to us that those who stay need to be supported and looked after just as much.

These processes of organisational change are usually cost driven. And the costs are associated with the employment contracts and the inflexibility with which they are drawn up, making the uncoupling of an individual employee often quite hard and also quite expensive. So how possible is it to change the way things are? What could be saved by a different type of psychological contract that encourages more openness and transparency between the organisation and the individual employee?

The assumption that somebody is going to have a job forever--and it is forever now that the DRA has been lifted--is not just a false assumption but a toxic and unhealthy one. The assumption that an individual employee will know what to do if their job comes to an end is also unhealthy. What seems to be the case for so many organisations is that employers and individuals alike sleepwalk through these processes until at some point they are awoken by a deep dark cloud of organisational change that requires the severing of the contract.

There must be a different and better way than this.