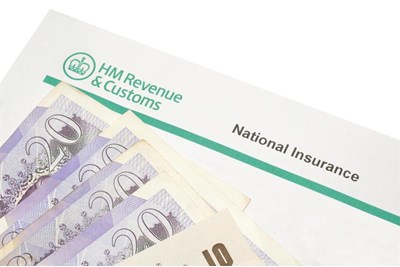 Chancellor Philip Hammond has announced that the increases in National Insurance rates for self-employed people outlined in the Spring Budget have been dropped.

He told MPs in a Commons statement: "There will be no increases in National Insurance rates in this parliament."

The planned increases would have seen Class 4 NICs rise from 9% to 10% in April 2018, and to 11% in 2019, to bring it closer to the 12% currently paid by employees. The move was widely criticised for breaking a 2015 Conservative manifesto pledge.

Chris Bryce, CEO of the Association of Independent Professionals and the Self Employed (IPSE), welcomed the news. “IPSE is delighted that the chancellor, following IPSE’s representations, decided to rethink its plans to raise NICs for the self-employed," he said. "Two-and-a-half million hard working people will sleep easier tonight.

“The decision to remain true to the Conservative manifesto pledge is most welcome and we are delighted they have considered the detrimental effect imposing a tax rise on the self-employed population would have. The self-employed add a significant deal to the UK economy and the reversal of these changes allows them to continue doing that."

Nick Harrison, head of products at First Direct, was also glad the plans have been scrapped. "The rise of the gig economy in recent years has seen the self-employed playing an increasingly important role in the British economy, and the fewer barriers in place to hinder innovation and entrepreneurship the better the outlook for the UK," he said.

John Turnbull, partner at international law firm Trowers & Hamlins, said the move does not rule out further tax reforms for the self-employed in the near future.

"HR professionals and employment lawyers will be aware of the recent cases involving Pimlico Plumbers and Uber, to name a few, showing that the genuinely self-employed are hard to find," he said. "Perhaps the fact that there aren't so many genuinely self-employed individuals means that the recent forecasts of savings from the NI rate going up weren't worth the immediate political turmoil. We can expect more from the government on employment status after the Taylor report and, from the sounds of things, in the run up to the next general election."