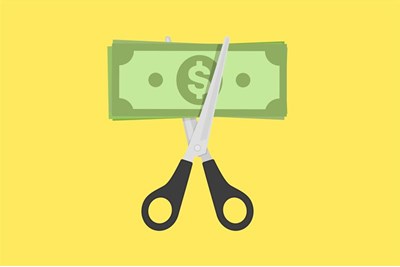 Yes, given the need for collaboration in most companies today, switching from individual to team bonuses (or at least just getting rid of individual ones) just makes sense. So, obviously, does ...

As economic and political uncertainty continues to grip the nation, some firms are considering making savings by scrapping or withholding bonuses

Reducing, withholding or even scrapping bonuses tends to become a key consideration for HR when times get tough.

Take today’s challenging retail environment. The John Lewis Partnership hit headlines in March when, following a 45% slump in annual profits, it announced that its bonuses were to be slashed for the sixth consecutive year leaving the employee bonus pot at its lowest since 1954.

It’s an approach Guy Ellis, director of HR consultancy Courageous Workplaces, wonders if the UK will see more of thanks to Brexit. “Brexit has created enormous uncertainty in most industries so bonuses will increasingly be in the spotlight,” he says.

For Ellis cutting bonuses is a sensible place for businesses to start when faced with such instability.

“If a company isn’t sure what its profitability or industry is going to be like then I would support them looking at reducing bonuses. It’s part of standard business practice and is an awful lot easier to do than reducing salaries,” he says.

“The benefit of variable pay is that if you have a bad year you don’t have to give it but if you have a good year you can afford to pay more, whereas you can’t easily go back on salary increases.”

The first – and crucial – step is to look at the scheme rules to establish whether the bonuses concerned are contractual or discretionary, the latter meaning the company reserves the right to make changes without consultation.

Once this has been determined there’s certain guidance HR should follow if planning to scrap or reduce employee bonuses.

“A scheme could be contractual if it was written into the contract of employment or another document without making it clear that it was not intended to be contractual,” says Su Apps, legal director in the employment team at Ashfords Solicitors.

“If it is contractual it should only be removed by consulting with employees and obtaining their agreement. Withholding a contractual bonus without their agreement could lead to expensive and time-consuming unpaid wages or breach of contract claims.”

There is, however, an important caveat. Even if scheme rules state that a bonus is discretionary this is not absolute. Legally the scheme can become contractual if it becomes ‘part of custom and practice’, for example if it is offered as standard for a long time.

As Naeema Choudry, partner in the HR practice group at law firm Eversheds Sutherland, explains: “Anything offered for 15 years or more may give rise to problems in this respect. There are no hard and fast rules as the court will look at the circumstances of each case, but it’s definitely a pitfall to watch out for.”

Even when scheme rules grant discretion this must be used honestly and in good faith, and must not be in breach of ‘duty of trust and confidence’. If it is it could still lead to contractual claims or someone resigning and claiming constructive dismissal.

“In some circumstances it could even lead to a discrimination claim,” says Choudry. “This happens most commonly with maternity leave, so it’s important to take advice as the area is case-specific.”

If a company is going to suspend or remove a discretionary bonus it is advisable to explain why. There may be good reason for the organisation taking this action, such as there being no money to share or because changes are being made to how bonus targets are set or assessed. But this needs to be communicated effectively to limit discontent among the workforce.

“If there’s no money it makes sense to explain to employees what needs to happen for the firm to be able to give a bonus in the future,” says Charles Cotton, senior performance and reward adviser at the CIPD.

“If you’re changing the rules you are more likely to get employee buy-in if you explain why changes are being made and how it could affect them. If feasible it would be worthwhile involving them in the design and introduction of the scheme, so they see the change as something being done with them as opposed to done to them.”

Another tip when removing or reducing bonuses is to offer replacements. Employees have built up expectations of receiving a bonus so it can be a good idea to offer something else to soften the blow, such as flexitime, longer sick pay terms, increased holiday entitlement, or private medical insurance.

“It’s about understanding what motivates your employees. All of this ultimately has a cost but it can be less than the bonus cost,” says Rachel Reeves, counsel of employment litigation at law firm Allen & Overy.

“Switching from an individual bonus to a team bonus is another step that can be taken as it can motivate the workforce to work harder as well as possibly save money over the individual bonuses you used to be paying.”

Yes, given the need for collaboration in most companies today, switching from individual to team bonuses (or at least just getting rid of individual ones) just makes sense. So, obviously, does linking pay to business performance. Coming up with a little wheeze to reduce pay by bringing in team bonuses is going to destroy your business much more quickly than Brexit.

The implications of bonuses which are not transparent or linked to productivity on equal pay are enormous. They have given rise to mass litigation in local government when paid to men only