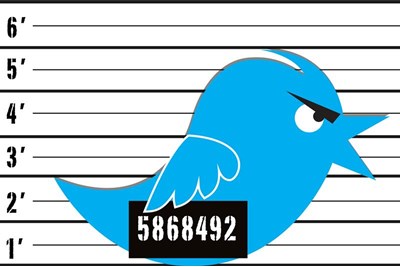 As someone who uses the Hogan DS regularly for both selection and development, I found this article fascinating. One query - if part of feedback to someone who has had their data scraped is to advise ...

Computer-generated algorithms can examine people’s social media updates for negative personality traits, which could then be used in hiring decisions

This article reviews recent academic research on the relationship between social media activity and the dark side of personality, defined as the counterproductive and maladaptive character traits that have the potential to derail employees’ and leaders’ careers, disrupting the success of their teams and organisations. A new study with a large global sample of Facebook users revealed a significant connection between what people say in their status updates (including how they say it) and several dark side traits, notably emotional volatility and narcissism. For example, narcissistic individuals tended to talk more about themselves, brag about their achievements, and portray themselves as more assertive, powerful, and successful. Emotionally-volatile users posted intense negative emotional messages, and also showed more impulsivity in the pattern of their updates. Although these findings suggest that individuals’ social media footprints could be used to infer the toxic and undesirable aspects of their personality – which would no doubt be useful in recruitment – there are important ethical constraints to using this data for HR purposes.

Twenty years have now gone by since McKinsey & Company first introduced the notion of a ‘war for talent’. It illustrated that one of the key factors driving the success of organisations is their ability to attract, engage, and retain high-performing individuals. However, despite unprecedented investment in optimising the hiring and talent acquisition process, there is still much progress to be made in the war for talent.

Indeed, global surveys reveal that most people are dissatisfied with their jobs; that organisations have trouble filling key talent roles; and that the labour market is hugely inefficient, with approximately the same number of jobseekers and job openings across many industrialised nations.

Fortunately, recent technological advances have provided organisations with a new range of tools to evaluate employee potential and predict their performance (Chamorro-Premuzic et al, 2016). One of the most promising areas of innovation around new talent technologies concerns computer-generated algorithms that are able to translate an individual’s social media footprint into valid psychological traits, which in turn have been found to be very well-established predictors of job fit and career success across many independent scientific studies (Chamorro-Premuzic, 2017).

Although this technique – known as social media scraping – is still not widely adopted within HR, it has the potential to improve organisations’ recruitment efforts by accessing a much wider population of candidates and gaining impressions of their suitability for a job without the need to put them through traditional assessments. An obvious reason for this is the amount of personal data spontaneously generated and recorded online.

Until recently scientific studies had only highlighted the connection between social media activity and the bright side of personality, such as the Big Five traits or intellectual ability (Kosinski et al, 2013). However, since the success and performance of employees and leaders is also a function of their dark side, it is important to understand whether there is a connection between people’s online behaviours and the problematic and undesirable aspects of personality. Recent research by Harvard Business School showed that teams and organisations will experience much greater benefits – in the form of collective morale and performance improvements – by removing toxic employees than by adding talented workers (Housman & Minor, 2015). More specifically, each toxic worker costs organisations an average of £8,500 because of the effects they have on co-workers, while the benefits of hiring a superstar (someone in the top 1% of productivity) add just £3,500.

So my colleagues and I set out to examine the power of computer-generated algorithms – and an AI learning model – to infer people’s dark side through their Facebook status updates.

We examined data from a global sample of more than 50,000 Facebook users who volunteered to take part in the study by completing valid psychometric tests and granting permission to have their social updates mined by machine-learning algorithms.

Our assumption was that people’s personalities would be expressed through their language use, and that the subject of their updates could be coherently explained (and predicted) through the lens of the Hogan personality model (the most widely-used measure of the dark side in talent identification and development). Our results highlighted significant links between people’s updates and three main derailers:

Emotional volatility. People with high scores on this trait – labelled excitable in the Hogan model – tend to display unpredictable mood swings, overreactions, and a grumpy disposition. As employees they are inconsistent performers who struggle under stressful or highly-pressured environments. As leaders they have a tendency to demotivate their teams by being hard to predict and failing to provide consistent feedback to their reports, as well as being easily disappointed when things don’t work. Our results showed that the main pattern of social status updates associated with this trait consisted of negative and irritable content, absence of positive emotions, and being less likely to talk about leisure activities.

Narcissism. People with high scores on this trait – labelled bold in the Hogan model – tend to behave in entitled and self-centred ways. They are overconfident and have grandiose aspirations, often detached from their actual capabilities. As employees they will be unaware of their limitations and have unrealistic career expectations, which forces managers to deliver critical feedback to provide a reality check. As leaders they care too much about themselves to empower higher team performance and improve team morale. Our results showed that the main pattern of social updates associated with this trait consisted of self-referential updates, updates focused on bragging about achievements and successes, and a style that conveyed a great deal of certainty and decisiveness.

Conformity. People with high scores on this trait – labelled dutiful in the Hogan model – have an unhealthy desire to please others, which stops them from thinking for themselves. They are basically chronic pleasers. As employees they tend to seek too much feedback and approval from others, in particular their bosses. As leaders they will be reluctant to drive change as that involves the ability to disrupt the status quo and challenge current rules and systems. Our results showed that the main pattern of social updates associated with this trait concerned a strong focus on friends and family, less certainty in expressed views and opinions (more sitting on the fence), and the use of more positive and prosocial emotions.

So what does this all mean for HR practitioners? First, if they are interested in avoiding employee or leader derailment paying attention to the dark side of personality is critical, particularly during the hiring process.

Second, in the absence of psychometric data, machine-learning algorithms can provide a relatively accurate proxy for candidates’ dark sides. And in comparison to psychometric tests such algorithms are free to implement – assuming organisations have the right data capabilities – and require no extra time or effort from candidates.

Third, while it is conceivable that (with the vast amounts of data already in existence for the majority of the workforce in the Western world) the future of assessment will consist of scraping passive data, or the data that individuals have already left behind, even in public environments there are important ethical constraints to using such data in the hiring process. Since most Facebook and other social media users are unaware of the possibility that their data can be used for hiring decisions, even when laws and regulations don’t protect consumers, it would be hard to come up with an ethical justification for mining that data for employment-related decisions.

One way around this may be to enable individuals to ‘opt in’ to having their data scraped, much like they agree to a traditional psychometric assessment in the context of a job application. Furthermore, it would certainly mitigate ethical concerns to actually provide people with some feedback on what their footprint says about them – automated, private, individual feedback that can help them present themselves in a more positive way, or even reflect on key aspects of their personality.

Measures could be put in place to create a transparent transaction whereby individuals agree to having their data inspected in exchange for some helpful feedback and the chance of a suitable job – which would turn AI recruitment tools into useful talent agents.

Tomas Chamorro-Premuzic is chief talent scientist at Manpower Group, co-founder of metaprofiling.com, and professor of business psychology at both University College London and Columbia University

As someone who uses the Hogan DS regularly for both selection and development, I found this article fascinating. One query - if part of feedback to someone who has had their data scraped is to advise them on presenting themselves more positively on social media, then isn’t that going to make it less likely that any future data scraping on that individual will provide any useful dark side insights?