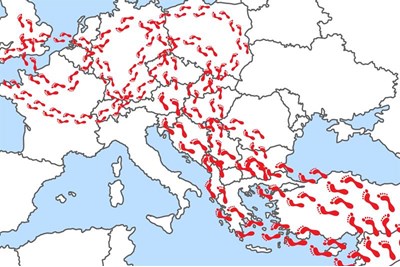 Prime minister Boris Johnson has said the £30,000 salary floor for skilled workers from overseas is to be replaced by a points-based system following Brexit

At present the £30,000 minimum earnings applies to people seeking Tier 2 visas, which are the main entry route to the UK’s labour market for skilled workers from non-EU countries. For some younger workers (under the age of 26) a lower limit of £20,800 is applied.

The proposed post-Brexit immigration system is likely to end these caps. This would mean that points would be allocated in terms of age, work experience, qualifications and relevant skills. The points will then determine salaries. At the time of going to press exactly how the points will equate to salaries had not been announced.

Shara Pledger, senior associate at migration law practice Latitude Law, has welcomed the possibility of a new system. “Once the UK leaves the EU and the free movement of workers ends, there will remain a significant need for skilled and generalist workers to come to the UK and support the labour market across all levels,” Pledger told HR magazine.

According to Pledger the government appears to have recognised the gap between the need for skilled workers and the end of free movement, and said it looks likely that the £30,000 minimum salary requirement for Tier 2 workers will be scrapped.

“This is broadly a good thing for employers. It is of particular relevance for regional businesses and organisations who rely upon or engage oversees talent. These employers have been historically disproportionately affected by the £30,000 salary – which is still a significant figure for those operating outside of the South East,” said Pledger.

“While Brexit is very much still a concern for employers in the UK, any clarity provided by the government on future immigration policy is to be welcomed,” she concluded.