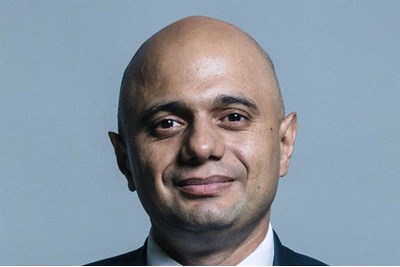 Chancellor Sajid Javid has pledged to increase the National Living Wage (NLW) to £10.50 per hour within the next five years

Speaking at the Conservative party conference yesterday (30 September), Javid announced plans to increase the NLW from the current rate of £8.21 and to lower the age threshold for those who qualify from 25 to 21.

Javid said the policy would "help the next generation of go-getters to get ahead". "It's clear it's the Conservatives who are the real party of labour – we are the workers' party," he told delegates.

“The introduction and ramping up of a minimum wage in the UK over the past two decades is one of our big policy success stories. But more than four million workers remain low paid – one of the highest shares in Europe. So the chancellor’s announcement to eliminate low pay by the middle of the decade is hugely ambitious, and hugely welcome,” he said.

He added that the government must work with the Low Pay Commission to reach this goal: “Announcing the policy is the easy part. Eliminating low pay over the next five years without any significant employment effects is not without risks. The chancellor must match his boldness with a measured approach towards hitting his goal, by closely involving the Low Pay Commission.”

However, Kate Palmer, associate director of advisory at employment law consultancy Peninsula, warned that a new rate of £10.50 an hour could be a difficult cost for employers to manage. "Although the increase is to be phased in over the next five years the chancellor’s plans are likely to hit employers heavily in the pocket," she said.

She added that the rise shouldn't come as a surprise to employers though: "The amount of the increase is not particularly big news; the minimum rates are reviewed and generally increase each year and employers have come to expect this."

Javid's plans to extend the age range of those who can receive the NLW is more significant, Palmer said. This could prove costly for small employers, she warned.

“This will effectively revert the minimum wage structure to how it was before the introduction of the National Living Wage by re-applying the highest minimum wage to those aged 21 and over," she commented. "While fewer age bands will make the system a little easier for employers to understand, it means a significant increase in hourly pay for some workers that some small businesses may struggle to achieve.”

CBI director general Carolyn Fairbairn cautioned that it would be best if the Low Pay Commission retained its freedom to “judge the pace and affordability of any future wage rises”.

Javid's announcement follows a Spring Statement in March in which then chancellor Philip Hammond pledged to end low pay and commissioned Arindrajit Dube, professor of economics at UMass Amherst, to work alongside other academics and the Low Pay Commission to lead an international review of the impact of minimum wages on workers.

At the Conservative party conference Javid also confirmed £25 billion for road projects, £220 million for bus improvements and £5 billion for digital infrastructure in his speech, along with extra funding for youth services.

Wage councils could address endemic pay inequality in the UK