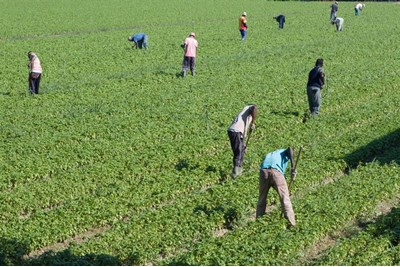 Firms that use illegal practices, such as paying under the minimum wage or breaking modern slavery laws, could face prison, according to the United Kingdom Labour Market Enforcement Strategy Introductory Report by the government's director of labour market enforcement David Metcalf.

The report calls for three bodies – HMRC’s national minimum wage enforcement team, the Gangmasters and Labour Abuse Authority, and the Employment Agency Standards Inspectorate – to be given better resources to help them crack down on rogue bosses.

Under the current system many workers in exploitative roles do not come forward and report their employer, according to the report. This may be because they are afraid of losing their job, because of a cultural or language barrier, or because they are intimidated into staying silent.

As a result employers acting unlawfully are often not prosecuted for ignoring the law. However, with increased policing power investigators may be able to build a case against them.

Adrian Martin, partner in the employment team at law firm Burges Salmon, told HR magazine that most employers are already compliant. “In many cases where firms are not compliant it is the result of an error or a misunderstanding, rather than deliberate non-compliance” he said. “This move is targeting rogue employers who have set out to exploit low-paid people.”

Martin advised businesses to look to their supply chain to check it is compliant too. “Ensure they [suppliers] aren’t breaking labour laws,” he said. “This can protect you from reputational issues in the future.”

Paul Griffin, head of the employment practice at Norton Rose Fulbright, warned that Metcalf's suggested approach might have unintended consequences.

“This may have the desired effect, assuming the problem is as bad as is thought, but there is the risk that larger powerful retailers would simply pass the cost to suppliers and not be affected by the financial element of the proposed liability,” he said. “The reputational effect on businesses where their suppliers abuse workers’ rights should not be underestimated, so among the larger retailers it will be interesting to see whether the evidence reflects a wider problem that needs addressing.”