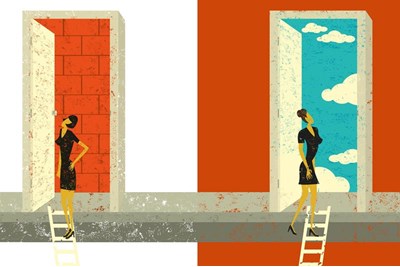 Following a year-long inquiry by the Women and Work All-Party Parliamentary Group into the barriers facing women who want to return to work after extended career breaks, usually to have children, the government used this year’s Spring Budget to acknowledge some of its findings.

It came by way of a £5 million pledge to support women back to work. The funding is intended to promote ‘returnships’ – or returning professional internships – as a way of boosting the number of women in management and in industries where they are under-represented.

A relatively new idea, returnships have been gaining traction in the last couple of years, particularly in the banking sector. Schemes range from anything between six to 26 weeks, with the potential for a job at the end, and are offered mostly to women returning from a minimum of two years out.

There was mixed reaction from business leaders to the government’s pledge. Some said £5 million was insufficient. Others took the glass half-full approach; if the issue is at least gaining publicity it’s a move in the right direction.

One of those is Dominie Moss, who last year launched recruitment firm The Return Hub, with the specific remit of helping financial businesses in London recruit women ‘returners’ into management roles through returnship programmes.

“There is a risk for an employer – whether real or perceived – in hiring someone following a career break,” she says. “It’s hard enough to find the best talent, but this almost untapped talent pool isn’t easily identifiable. They may have had children, been abroad with a partner, or been looking after elderly parents. Whatever the many different reasons are they aren’t easy to find, which is why I launched The Return Hub. We want to make it easy for employers, particularly smaller ones, to tap into this group.”

Despite the difficulties there is much encouraging progress. One of the trailblazers was Deloitte, launching its UK-wide 20- to 25-week returnship three years ago, for both men and women with five years’ relevant experience. Similar initiatives are offered by all the big names one might expect such as KPMG, PwC, JP Morgan, Morgan Stanley and Lloyds Bank.

Other sectors are beginning to jump on the bandwagon too, with IT giant FDM, construction firm Balfour Beatty, London’s new sewer developer Tideway, O2, Vodafone and even the Home Office tapping into this rich and highly skilled talent pool. Positions vary from business analysts and project managers to HR managers, risk managers and auditing specialists.

So why the growing trend? And is there a danger of businesses treating this as ‘cheap labour’, as other internships have been accused of? Or are we witnessing the beginnings of a collective mental shift?

Far from using this to underpay, businesses are actually “rolling out the red carpet for returners”, according to Moss. One such employer, with whom Moss has collaborated to devise and implement its inaugural returnship scheme, is London-based investment firm Redington. “You need to hire different brains from different backgrounds and life experiences if you’re going to achieve different outcomes to the past,” says CEO Mitesh Sheth on why he championed a return to work programme for the 100-staff firm.

“We have a good balance of gender diversity at entry- and junior-level but I was troubled that there weren’t many women in senior roles. It’s an industry-wide phenomenon,” he continues. “We recognised we needed to bring women into mid- to senior-level roles to give us a better chance at balancing our top team.”

Five successful candidates, from a potential 15 put forward by The Return Hub, went on to complete Redington’s returner programme this March, with three offered permanent roles on completion.

Sheth notes that with a company of Redington’s size it needed to be realistic about the resources available to see the process through, which was why Moss was brought on board.

Without “an external broker” Sheth says his team may have missed important points, such as specific interview techniques. “Some of these women might not have interviewed for 10 years. You have to adjust your interviews, how you make candidates feel comfortable, and have them talk about their career break and how it’s made them who they are,” he explains.

Other key aspects, according to Sheth, are a detailed orientation pack for returners (sent ahead of their start date), and putting returners in contact, again ahead of time. Buy-in from existing staff is a must, he says, while a buddy and mentor structure for returners and openness and flexibility from the outset on working hours are vital. Moss also stresses the importance of buddying and adds that simplicity and small cohort numbers are key.

Large corporates will have far greater resources to dedicate to developing effective returnships. One of those is Vodafone Group, which this year went global with its six-month ReConnect scheme after piloting it in 10 markets last year. Now the telecoms giant has pledged to get 1,000 women with management backgrounds back to work across 26 countries by 2020.

“Our hope is that by 2020 it’s not a separate initiative, it’ll just be what we do,” says the firm’s global organisation and people development director Sharon Doherty.

“People take breaks for all sorts of reasons and we need to be more progressive in our thinking. Our mental model has been that if you’re not in the corporate world whatever else you are doing couldn’t possibly be adding the same amount of value. That is a very limiting belief,” she asserts.

ReConnect takes primarily women through a six-month scheme involving much of the same aspects as other programmes, including mentors, buddies, development plans and technical skills updates. It generally offers full-time permanent positions at the end.

Doherty notes that the ability to develop such a huge initiative is a benefit of being a large corporate, but that much smaller firms can play their part too. “It doesn’t need a huge global strategy, just changing the mental model is probably enough for them to tap into this talent pool,” she says.

Many small businesses, and not just those in finance or technology, have been fighting the corner for returners for some time, and continue to do so.

Jo Love, founder of eight-staff interior design firm Love Interiors actively seeks people returning from career breaks as part of her recruitment ethos. “My company is based on relationships with the client so anyone with life experience is fine with me,” she states. “These people have a huge range of skills. Whether you’ve had kids or been abroad it gives emotional skills, and that is something that is really underestimated.”

Love says that taking on returners as a small business depends largely on mindset and the ability and willingness to give time and support to people who’ve often lost a degree of professional confidence. “Returners still have the skills they had before, they just haven’t used them in a while. It takes no time at all for them to get back up to speed.”

She adds: “I think there needs to be more coverage to let people know that employers like people coming back to work after career breaks.”

Perhaps the government’s £5 million pledge will help to do that. As Doherty says: “Any attention that would cause organisations of any size to experiment with this and get involved is positive. We all have an opportunity to show positive examples and start talking about it.”