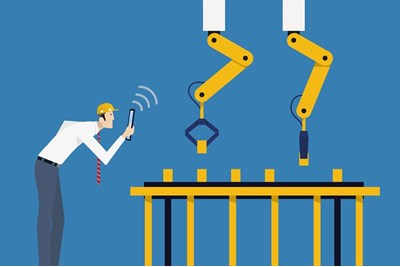 The scheme, which is being developed with the TUC and the CBI, will support workers by helping them find a new career or providing training in their current roles.


The plans come in response to ONS research that predicted around 1.5 million jobs in England could be automated or partly automated in the future.

Initially the scheme will be rolled out in Liverpool, and will be available for workers aged 24 and older who do not have a higher education qualification and are paid below a certain wage threshold.

The service will offer details of jobs available and potentially better jobs, identify local training opportunities, and provide participants with an advisor.

Training offered through the scheme will initially focus on helping people to access English and maths tuition. The focus will also be on online and blended learning so that more adults can access training, the government said.

Employers were consulted as part of the new scheme's creation. Findings included that employers value soft skills, such as good communication and a strong work ethic, as well as apprenticeships, though many wanted a ‘shorter more flexible’ retraining offer.

Education secretary Damian Hinds said: "Technologies like AI and automation are transforming the way we live and work and bringing huge benefits to our economy. But it also means that jobs are evolving and some roles will soon become a thing of the past.

"The National Retraining Scheme will be pivotal in helping adults across the country, whose jobs are at risk of changing, to gain new skills and get on the path to a new more rewarding career.

"This is a big and complex challenge, which is why we are starting small, learning as we go, and releasing each part of the scheme only when it's ready to benefit its users."

The scheme was a manifesto commitment and was announced in the Autumn 2017 Budget. Chancellor Philip Hammond pledged £100 million in the Autumn Budget 2018 to support the scheme.


The news came as Willis Towers Watson released a report showing that a significant number of employers are failing to prepare for automation in the workplace. A third of UK professionals (35%) expect their jobs to be taken over by automation or offshoring within the next decade, yet only 19% say their companies have an integrated digital and business strategy in place, according to the research.

George Zarkadakis, digital lead at Willis Towers Watson, said: "Workplace automation has been growing in leaps and bounds, and all signs point toward continued rapid expansion in the coming years. However, despite the push to digital transformation and the increasing use of contingent workers, many UK companies are struggling to integrate automation with their workforce."

Last week Amazon announced that it would spend £7 million on retraining its workforce as part of its ‘Upskilling 2025’ initiative. The plan is to retrain 100,000 workers and prepare them for positions that they otherwise would be ineligible for, including opportunities outside the company. Amazon has said the programme, which is voluntary, will provide access to education and training for people in corporate offices, tech hubs, fulfilment operations, retail stores and transportation.

While some welcomed the news, unions criticised the initiative as a way for the company to “gloss over” its plans to automate jobs.
Comments