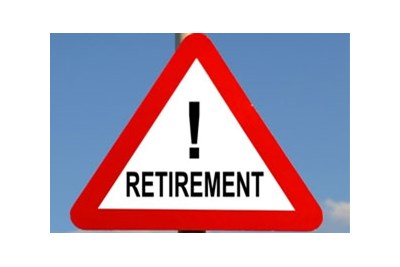 Charlie Mullins, CEO, Pimlico Plumbers, the UK’s largest independent plumbing company, has become something of a flag-waver when it comes to employing older workers.

About 20% of his staff are aged 55 years plus and 6% are over 65, including his 70-year old PA, Mario Rebellato. "His memory's going a bit," jokes Mullins, "and Dominic Ceraldi, my HR director, and I will probably take some responsibilities away, to keep him doing what he's good at."

But despite the banter, what has never crossed Mullins' mind is letting Rebellato or any other older worker go before they want to. "You can't expect older staff to have as much energy as 20-year-olds, that's obvious," he states. "We just have to make concessions. We review them twice a year - once is the standard for the rest of the staff. We discuss what parts of their job they are finding harder. But that's all. We would much rather have four days' good performance than see them struggle to do five."

This month - when retirement as we know it ends - this is the sort of flexibility all HRDs will have to show. "Work will be a life issue rather than an age issue," says Simon North, co-founder of career transition advisory firm Position Ignition. And yet, he says: "It is a major shift companies haven't at all cottoned onto." He adds: "Performance management at the start and middle of people's careers is vast, but at the latter stages HRDs have totally ignored it. Retirement age conveniently meant they didn't have to." The tables have turned and staff [in theory] self-retire - but far from this removing age discrimination, North fears it will only increase. "For all the benefits of keeping older people, many firms will privately not want the hassle of managing many people working half-weeks. We will see more age-related disciplinaries, I'm certain, as the 'performance' card is played as a reason to still 'retire' people."

Commentators believe business fears having vast numbers of people working into their 70s (possibly because they can't afford to retire), but who aren't performing. Most will probably know of people that should have 'gone long before they did'. Eighty-year-old Rupert Murdoch has been criticised recently for lacking sharpness and being recalcitrant. This compares to Intel - which plans for CEO succession as soon as a new CEO is installed, and has a mandatory retirement age of 65. Experts say this notion of a 'productive age' won't change overnight.

"The mindset of a retirement age will still persist," says John Norrie, a solicitor specialising in employment law at Scottish lawyer Gillespie Macandrew. "October's law doesn't abolish the right of employers to terminate employment at a particular age, just the right to automatically do it at 65. Employers don't like the uncertainty that having no retirement age brings; many will be waiting to see how cases go before deciding how 'easy' it is to remove someone on productivity grounds."

The irony is research suggests 65-year-olds are probably more productive. "They want to be there; they've already passed on previous opportunities to retire," says Matt Flynn, who produced the TUC's guide, Managing Age, while at the Centre for Research into the Older Workforce. Bob Grove, who has just retired as CEO of the Centre For Mental Health, says: "Although older people are slowing down, they do compensate for experience. Firms should be making a case of how to measure this, rather than forcing people to leave in less dignified ways by going down the performance route."

Lara Roche, head of people at creative/marketing and media planning firm, Zenith Optimedia, says more HRDs must embrace the benefits of older workers. "We took away default retirement years ago, and haven't looked back. Our clients want to understand marketing to the ageing population - it's where we have real skills. We simply let older staff work flexibly. We use the same productivity scores as anyone else. Employers who value this should see the benefits outweigh the downsides."

"I just think productivity is the big white elephant," says Denise Keating, CEO, Employers Forum on Age. "I don't think employers will suddenly say they need to redefine their performance processes, because they have never really had any before."

Norrie agrees. But he says firms don't need new performance metrics. "Existing policies already give employers the right to terminate employment based on performance, regardless of age," he says. "HRDs just have to be braver at using what is already there."

That is why adult conversations are needed, not hard-and-fast performance rules. Nikki Watkins, programme director of the HR academy at leadership training company European Leaders, employs people aged from 17 to 58. "We have 'liberated leadership'. We hold one-on-ones with older staff about what performance means. You can't expect older people's competencies to grow, but you can instead rate them against company values - and how to capitalise on that - such as mentoring and emotional quotient."

Flynn argues that the reality is that maybe one in 10 people will want to work longer than what was 'retirement age'. One in eight, or 11.7% of men aged 65+, and 12.3% of women aged 60+ still work, according to ONS figures, released in February this year.

"My hope," adds Flynn, "is that this change in the law will focus HRDs' minds on career and performance management, not at post-65, but earlier, at people in their 50s, for whom the prospect of giving another 20 years needs serious attention, rather than letting them run down the clock till what was retirement age."

For years, partners at accountancy firm Deloitte have retired at 60. When asked if this would change, a spokesperson said partners will still retire at this age, but "this, together with all our other practices and procedures, are continuously being reviewed by the firm's leadership team to ensure we operate in line with industry standard".

One former Deloitte partner, Egmont Kock - who sat on Deloitte's global consulting board and executive - retired three years ago, aged 57. Like many people of his age now, he did not want to miss the opportunity to do something different. "Deloitte was a terrific organisation to work for, but the time had come for me to set my own agenda," he says. [At the time, Deloitte did not have part-time options]. On whether he felt prepared for retirement, Kock says: "It was a very sudden change moving from the hustle and bustle of professional life where I was surrounded by so much talent. I have not met many people, from any walk of life, who would say they have been well prepared for retirement.

"There is a great opportunity for HR functions to do more in this area. Moving from full-time to part-time working would help ease the transition. After leaving Deloitte, I found myself inundated by calls to take non-executive roles, but to be honest I did not have a clear frame of reference to deal with them. I think many people rush into these roles without thinking about it, just because it keeps them busy. Once I had a clear frame of reference, I found myself saying 'no' more often than 'yes'.

"There is no doubt more could be done to equip people for the post-retirement world. HR leaders should look for innovative ways of dealing with this. It is just one component of taking an interest in people beyond the time horizon of their existing employment."

Kock admits he had to reinvent himself. He is now chairman of the Microloan Foundation (which helps African women start their own businesses), chairman of the governing board of a very large school for girls and advisor to a wealth management business.

While some companies, such as B&Q, have made a virtue out of encouraging more older staff to stay, the supermarket chains, which require heavy box-lifting and shelf-stacking, have been far less vocal on the issue. However, earlier this year, Morrisons launched Morrisons Plus, an initiative that keeps older workers coming up to 65 (and beyond) connected to the company, by allowing them to either carry on, work part-time or come in to cover illness or unexpected peaks in demand.

Says HR director Norman Pickavance: "We know the line between working and not working is becoming ever more fuzzy; this initiative now forms part of our pre-retirement planning process, enabling workers to tell us what they'd like to do."

Of its 130,000 staff, Pickavance says only about 500 Morrisons staff actually hit retirement age each year, so he says he is not expecting the demographic of the workforce to change overnight. "Most people still have a target of stopping work at 65," he says, "but for those who want to carry on, this will keep them involved."

As for whether he needs to take into account the more manual side to some jobs, he says: "We'll simply have the same performance conversations as anyone else, at any age. Physical ability to do a job, is just that - a physical one, not an age one. People can be physically unable at any age."

Rubens Barrichello is only 39, but in motor-racing terms, that's ancient. Before Michael Schumacher came out of retirement last year, Barrichello was the oldest F1 driver on the grid, but even with the German back, no-one has more Grand Prix races under his belt (318 and counting) than the Brazilian. Tradition dictates he should give up now and sit on a beach, but, speaking exclusively to HR magazine, the third-placed driver in 2009 says he is "still, learning, still getting better" and is philosophical about retirement: "I don't think humans really know when it's the right time to do anything," he says. "I'm guessing it's only afterwards, that you know it's the right time." Barrichello admits that, career-wise, "there are fewer days ahead," but he says everyone should be able to choose when they go. "I won't let myself not be good enough." In motor racing, though, the stopwatch is the ultimate arbiter.

On the rest of industry, he says: "I think we should be OK with experience. It's odd, because for a long time, the reverse was spoken of me. At 19, at the start of my career, I was the youngest on the grid." But where he says he differs from Schumacher is the fact he has never stopped, and then tried to come back. "Staying in my profession has kept me going," he says. "It gets harder every year; there are more buttons on the steering wheel! When you work in F1 for so long, you can potentially get tired. I have always surrounded myself with fresh people and when this happens, it is hard to get tired."

So how long does he see himself racing? Not wanting to give any sniff of a scoop, he says: "I'm proud I am still here; things will go flat at some point and that time will come, but I'll go before this will really happen." Until that point, he says he's still hungry and has the talent to perform. After all, he's still the only person to have gone round the Top Gear track faster than The Stig.