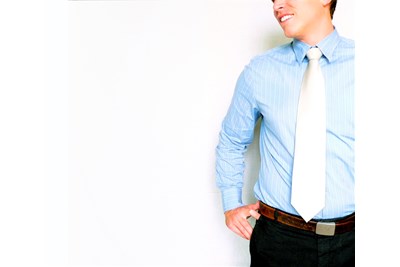 British and Irish business leaders are among the least authoritarian in Europe, according to new research by global management consultancy Hay Group.

Supportive and collaborative in approach, senior managers in the UK and Ireland fit the picture across Northern Europe, where managers create warmer working environments than their more coercive Southern European counterparts. The difference is due to a strong variance in leadership styles, according to the report published yesterday. While companies across the south of Europe emphasise authority, Northern European firms foster a more democratic leadership approach.

Graeme Yell, director at Hay Group, said: "The financial crisis and global uncertainty have forced senior managers to ask for more from their staff in the past three years.

"In this context, it is vital that business leaders generate an energising working environment, one that provides focus and maintains motivation."

According to Hay Group's interactive 'workplace climate map of Europe', almost half of UK and Irish business leaders achieve a positive working climate. Some 46% create an energising or high-performing climate - one of the highest rates in Europe.

The trend is repeated in firms across the North of the continent. Despite cold winters, Russia and the Ukraine lead the way when it comes to creating a warm working climate. Over half of senior managers achieve a positive climate (55%), followed closely by German and Scandinavian business leaders (52%). In contrast, while average temperatures rise as one travels south, the workplace climate cools significantly.

Over two thirds (68%) of Italian managers create a de-motivating or at best neutral climate for their staff. French and Spanish bosses are not far behind, with 64% failing to create a positive working environment. There is room for improvement in the UK and Ireland too in this regard. Close to two fifths (38%) of business leaders generate a de-motivating environment for their workforce.

Yell added: "Our research challenges the perception of an easy-going Mediterranean outlook and a stricter North European attitude. When it comes to the workplace, the opposite is the case."

British bosses are among the least severe in Europe, with only 35% employing a coercive leadership style, demanding immediate compliance. The Scandinavians set the benchmark in this regard: less than a fifth (19%) of business leaders make use of this leadership style.

Over half of managers in the UK and Ireland (53%) have an affiliative style, promoting harmony and connection. A similar number (52%) adopt a coaching style, placing the emphasis on the professional growth of their employees. Southern European business leaders sit at the other end of the scale. The vast majority of Turkish (79%), Italian (72%) and Portuguese (69%) managers have been found to use the coercive approach.

Yell added: "A positive working climate is critical to creating high-performing teams. And leadership styles account for up to 70% of variance in workplace climate. "Senior managers must acknowledge their role in fostering a positive working environment, as it benefits the entire organisation. "The more positive the climate, the greater the business performance."